Sayona and Piedmont receive go ahead to restart NAL project 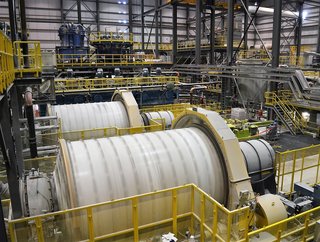 Emerging lithium producer, Sayona Mining, and Piedmont Lithium, the global developer of lithium resources, have together announced that North American Lithium, an open pit mining and spodumene concentrate operation, has been issued the last remaining permit required to restart operations at the Quebec site.

75% owned by Sayona, and 25% by Piedmont, the North American Lithium project comprises of 19 contiguous claims covering 582.31 and one mining lease, covering approximately 700 hectares. It is situated in La Corne township in Québec’s Abitibi-Témiscamingue region. The project lies 60-kilometres north of the city of Val d’Or, a major mining service centre, and in proximity to Sayona’s Authier Lithium Project.

A brownfield open pit mining operation with a concentrator, the NAL project has had more than C$400 million invested into it by previous owners, including a carbonate plant. The existing plant has a nameplate capacity to produce up to 220-kilo-tonnes of spodumene concentrate or 30-kilo-tonnes LCE per year.

Receiving the key permit from Canada’s Department of Fisheries and Oceans paves the way for an expected restart of spodumene concentrate production in H1 2023, the companies said.

“The diligent work of NAL management over the past year has resulted in the successful issuance of all the permits required to operate the Quebec mine and concentrator. With this final permit in place, we will continue to work with our partners at Sayona toward restart of commercial operations at NAL in 2023,” he said.

“Construction on site is advancing as are conversations with potential customers, and we look forward to delivering further news on operational readiness and spodumene concentrate sales in due course.”

Commercial shipments of spodumene concentrate from NAL could begin as early as Q3 2023, providing Piedmont with revenue generation from the operation. The Company holds an offtake agreement for the greater of 113,000 tons per year or 50% of spodumene concentrate production from NAL at a ceiling price of US$900 per metric ton on a life-of-mine basis.

Sayona Mining said that it had effectively de-risked the NAL operation with the award of the final permit, and that it planned to recommence production in the first quarter of 2023.

The successful completion of the permitting process followed Sanyona Quebec’s extensive work to ensure the restart of NAL’s lithium mine and concentrator in compliance with all necessary environmental regulations and obligations.

Sayona added that it has significantly upgraded the equipment and facilities of the NAL complex to ensure the successful optimisation of production, while respecting the highest environmental standards. As of the end of October 2022, procurement was 98% completed, with construction activities ramping up and mining contractors on‐site, the company stated.

"Since acquiring the NAL complex in August 2021 in conjunction with Piedmont Lithium, our team has been working hard to quickly restart operations to establish ourselves as a leader in lithium production, while maintaining a small environmental footprint and exemplary community engagement. Global demand for lithium is increasing weekly and it is essential that NAL go into production to help satisfy this demand," said Sayona Québec CEO Guy Laliberté.

He added that the company plans to combine ore produced from its Authier project, with ore produced at NAL to facilitate a significant improvement in plant performance and economics and transform both operations.

Nearly all of NAL’s power comes from clean and green hydroelectricity, while it is well serviced by provincial highways and an all-weather secondary road, the company added.

"With this major advance, Sayona will become the only producer of lithium concentrate in Québec and in Canada. This is a very promising position for our region, which puts us at the forefront of the emerging energy transition.

“I am very proud that Abitibi‐Témiscamingue will become one of the catalysts of this global revolution. We are committed to respecting and following environmental best practices on an ongoing basis,” said Annie Blier, Sayona Québec Vice President Environment.

Sayona’s Managing Director, Brett Lynch welcomed this new milestone in the recommencement of production at NAL.

“Securing all the necessary permits for NAL’s restart is another important step in the de‐risking process, and I would like to congratulate our team in Québec for this new milestone,” he said.

“With the planned expansions of our resource base both at NAL and at our northern lithium hub, Sayona is well placed to become the leading lithium producer in North America, facilitating the EV and battery revolution in North America.”

Sayona has also recently launched a pre‐feasibility study for the potential production of lithium carbonate at the operation, the statement concluded.