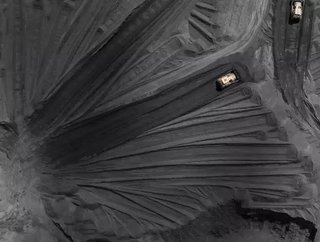 An emerging Botswanan based coal mining company has become the first to list on the UK’s Alternative Investment Market (AIM) as it embarks on an ambit...

An emerging Botswanan based coal mining company has become the first to list on the UK’s Alternative Investment Market (AIM) as it embarks on an ambitious growth and development phase.

Minergy, a coal mining and trading company committed to becoming the supplier of choice to industrial customers and power utilities across Southern Africa, has announced today that it will list on the AIM later this year.

The news comes soon after the company recently listed on the Botswana Stock Exchange (BSE) in April 2017, following a fundraising round of £7.5 million through private placements.

Minergy currently ranks as the only coal mining company listed on the main board of the BSE and will become only the second operating coal mine in Botswana, behind the government owned Moropule Colliery.

The company is currently developing its flagship Masama Coal Project, located in the Mmambula Coalfield in south west Botswana.

The project is an opencast, low strip ratio mine, currently in the planning phase. It has the potential to produce 2.4 Mtpa (metric tonnes per annum) of coal within a year after opening.

The company will focus on delivering high quality coal to the regional market, including Botswana and South Africa, and entering the international seaborne thermal coal export market.

Metals in 2018: The industry is cleaning up

“I am delighted to announce our intention to list on AIM later this year.  AIM is the natural home for an ambitious company looking to raise long-term equity finance to fund future growth.  Listing on AIM will enable us to reach our full potential with the Masama Coal Project, alongside our commitment to the development of the coal mining, marketing and distribution industry in Botswana,” said Andre Boje, CEO of Minergy.

Minergy expects that following the approval of a mining license, it will commence the opening of the box cut in July 2018, with the first saleable coal from Masama available in Q4 2018.

Boje concluded: “An investment in Minergy offers shareholders an opportunity to invest in an anticipated cash generative coal mining operation which presents a platform for further growth and creation of shareholder value.  Assessments of the Masama Coal Project completed so far indicate that it is a vast resource with low strip ratios ideally located close to demand markets in South Africa and Botswana.”