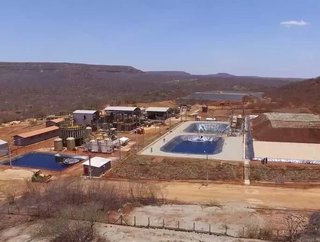 Yesterday, it was revealed that a $72mn royalty agreement between Brazilian Nickel Limited (‘BRN’) and the Anglo Pacific Group PLC (‘Anglo Pacific...

Yesterday, it was revealed that a $72mn royalty agreement between Brazilian Nickel Limited (‘BRN’) and the Anglo Pacific Group PLC (‘Anglo Pacific’) had been announced.

Brazilian Nickel has welcomed the investment and identified it as an important milestone for BRN and its development of the Piauí Nickel Project (‘PNP’).

Anglo Pacific are a global natural resources royalty and streaming company, with a strategy of only investing in high growth potential companies, with mining assets that are both competitively positioned and in established mining jurisdictions.

As such, the Royalty Agreement represents an important validation of BRN and the PNP. Moreover, the support of Anglo Pacific is a vindication of the technical and economic viability of nickel laterite heap leaching and its ability to deliver low cost nickel and cobalt products.

The total investment of Anglo Pacific, of US$ 72 million, makes a significant contribution to the PNP development cost, markedly reducing BRN’s future financing needs and greatly facilitating our goal of bringing the PNP into profitable production.

BRN is now well-positioned to start supplying nickel and cobalt products, to both established applications, such as stainless steel and super-alloys, and to important growth markets such as lithium ion battery cathodes for electrical vehicles and energy storage.

‘I am extremely proud of our team. They have all worked diligently to advance the Piauí project to such a stage whereby a leading international mining investment group has chosen to support BRN,  from many other investment options. As it is in the very nature of mining royalties, that the holder only receives the benefits once a project is in production, the belief and trust shown by Anglo Pacific in the BRN team, is, to me, just as important as their immediate financial support.’