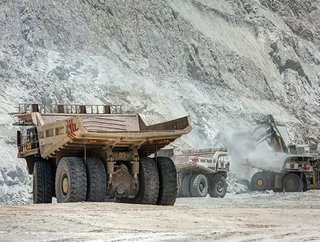 Rio Tinto and China National Uranium Corporation (CNUC) have entered into a binding agreement that will see Rio Tinto sell its majority stake in Rössin...

Rio Tinto and China National Uranium Corporation (CNUC) have entered into a binding agreement that will see Rio Tinto sell its majority stake in Rössing Uranium Limited for close $107mn.

In an announcement this week, Rio Tinto confirmed that it will sell its entire 68.62% stake in the Namibia-based miner for an initial cash payment of $6.5mn payable at completion and a contingent payment of up to $100mn. This contingent payment is linked to uranium spot prices and Rössing’s net income during the next seven years.

The deal will also see Rio Tinto let go of the Rössing Mine, Namibia’s first commercial uranium mine. Rössing Uranium produces about 3% of the world's uranium output.

Rio Tinto chief executive J-S Jacques said "The sale of our interest in Rössing once again demonstrates our commitment to strengthening our portfolio and focussing on our core assets, which deliver sector leading returns in the short, medium and long term.

"Rio Tinto has a long history in Namibia and I would like to thank the many people across Rio Tinto and the communities in which we operate who have contributed to the success of Rössing. I wish them continued success under new ownership. Rio Tinto will work closely with CNUC to ensure a smooth transition and ongoing sustainable operation at Rössing."