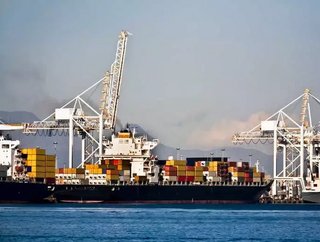 Vale Brazil has announced that it has signed a project finance contract which will see $2.7bn invested in the Nacala Logistic Corridor. Part funded fro...

Vale Brazil has announced that it has signed a project finance contract which will see $2.7bn invested in the Nacala Logistic Corridor.

Part funded from a number of financial institutions, including Japan Bank for International Cooperation ($1.03bn), $1bn from Nippon Export and Investment Insurance as well as $300mn from the African Development Bank, the finance agreement will work towards bringing the Nacala Logistic Corridor to full capacity.

The Nacala Corridor will be a 912-km railway connecting the Moatize Coal mine, in Tete, Malawi, to Nacala-a-Velha in the province of Nampula, crossing the Malawi Republic.

It is a joint investment from Vale and the Mozambician state company CFM which will see the significant expansion of the Nacala Corridor, including rail and port infrastructure as well as the rehabilitation of existing railways in Mozambique and Malawi and a new coal port terminal in Mozambique.

The project started in 2012 and marks the company's largest volume of investments outside the home country, totalling US$ 4.4 billion.

With the implementation of the Nacala Corridor, Vale could increase coal production to up to 18 million tons per year.

This volume is four times larger than production in 2016, 5.5 million tons, and almost six times greater than the production in the first full year of operations of the Moatize mine in 2012, with 3.7 million tons.