Why must Europe ban crypto mining to achieve net-zero? 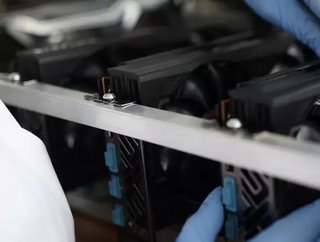 Cryptocurrency has received a lot of backlash for the emissions that it produces and has quickly become a major consideration for authorities when discussing sustainability. Following COP26, Swedish regulators are convinced that crypto mining must go. Along with environmental regulators, they have agreed that bitcoin mining uses too much electricity.

The rising energy consumption of the Bitcoin blockchain has become a major concern for authorities, including the Swedish Financial Supervisory Authority and the Swedish Environment Protection Agency, which have said it threatens the global initiative to reduce global warming to 1.5C. In the Nordic countries, Bitcoin mining’s consumption multiplied several times between April and August of 202, to the equivalent of around 200,000 households.

‘It is currently possible to drive a mid-size electric car 1.8 million kilometres using the same energy it takes to mine one single Bitcoin’, says Erik Thedéen, Director of the Swedish Financial Supervisory Authority, and Björn Risinger, Director of the Swedish Environmental Protection Agency. ‘This is the equivalent of forty-four laps around the globe. 900 bitcoins are mined every day. This is not a reasonable use of our renewable energy’.

Over the past few months, Nordic countries have experienced rising crypto mining, resulting from lower energy prices due to more available renewable energy resources. While the industry has reaped the benefits from this, it has leveraged low-cost opportunities that could otherwise be utilised for industrial, transport and domestic applications.