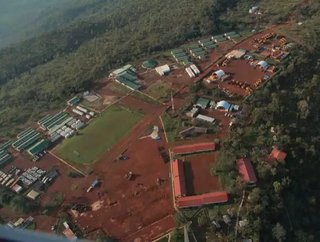 A subsidiary of the largest state-owned aluminium firm in China plans to start producing bauxite at a West African project in early 2018, officials have...

A subsidiary of the largest state-owned aluminium firm in China plans to start producing bauxite at a West African project in early 2018, officials have said.

Chalco, a subsidiary of Chinalco, is poised to invest up to $500mn in the Simandou iron ore project, located in Guinea, West Africa.

The project, which was originally owned by Rio Tinto and BHP Billiton respectively, is currently the largest planned mining and infrastructure development contemplated in Africa, with an expansive scope representing an intergraded mine, rail, port and ancillary infrastructure.

Simandou has the potential to transform the Guinean economy and bolster the West African nation’s global competitiveness as an attractive and stable investment destination.

The Simandou Project includes three key components which are:

The Mine: An iron ore exploration and mining project located towards the southern end of the 110-kilometre-long Simandou mountain range, 550 kilometres southeast of Guinea’s capital city Conakry. It is one of the largest undeveloped high grade iron ore deposits in the world, it is to be a conventional open pit mine with an expected capacity of 100 million metric tonnes of iron ore per annum.

The Infrastructure: Includes a new 650-kilometre trans-Guinean railway line to transport iron ore from the Simandou mine to a new deep-sea port, located south of Conakry on the Morebaya River. Both rail and port will be available for use by third parties, on prescribed terms.