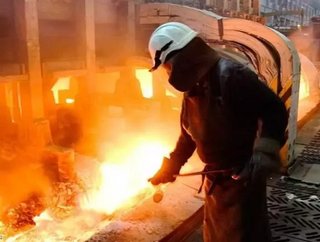 Indonesia has drafted and approved a new mining export tax that will cut the base rate tax for copper concentrates in half.Since January, Freeport-McMoR...

Indonesia has drafted and approved a new mining export tax that will cut the base rate tax for copper concentrates in half.

Since January, Freeport-McMoRan Copper & Gold Inc. and Newmont Mining Corp. have disputed the new mining rules, which include an escalating export tax, resulting in a five-month stoppage of copper exports. The two U.S. companies have previously insisted they should not have to pay any additional taxes because it violates their current mining contracts.

According to Coal and Minerals Director General Sukhyar, the new regulation would start below 10 percent and be linked to a company’s progress in building a smelter.

"Yesterday I had discussions with the finance ministry and they said the draft is already finalized," Sukhyar told reporters, adding that it been agreed by the mining, industry and finance ministries.

However, neither mining company would confirm whether a reduced rate would be acceptable.

"We have not received it yet," Newmont spokesman Rubi Purnomo said about the new draft export regulation and rate. "We are very hopeful that the government will give us certainty very soon and a resolution that will allow PTNNT (Newmont) to resume operations in economically sustainable manner."

Freeport said it would need the certainty of a contract extension before investing into a copper smelter and turning its Grasberg complex into an underground mine after 2016.

Indonesia’s current copper export tax begins at 25 percent and rises to 60 percent in the second half of 2016, before a total concentrate export ban in 2017.

Even if the mining companies accept the newly finalized mining export regulations, large hurdles remain before exports can resume.