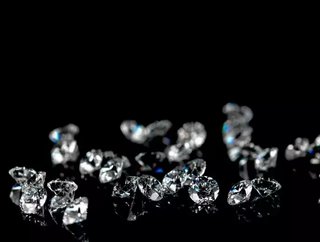 Karelian Diamond Resources has announced that it has been informed that TUKES (The Finnish Mining Authority) has granted Karelian Diamonds an exploratio...

Karelian Diamond Resources has announced that it has been informed that TUKES (The Finnish Mining Authority) has granted Karelian Diamonds an exploration permit in the Kuhmo region of Finland.

The permit will cover an area of 601.68 ha surrounding the location where the Company discovered a diamond earlier in the year (31 January 2017). The permit has been granted for a period of four years.

An exploration permit provides the holder with an exclusive right to apply for a mining permit.

“I am very pleased that we have been granted an exploration permit surrounding the location of our significant discovery of a green diamond and look forward to continued results from the Company’s exploration programme in the region.”

Internet of Things key to improving environmental monitoring in the mining industry,

In January 2017, a diamond was discovered in one of seven samples from the Kuhmo region of Eastern Finland.

The diamond is a clear, pale green dodecahedron and measures 0.7 x 0.75 x 0.7 mm. To put the rarity of this discovery in context, ODM Laboratory* has processed more than 50,000 exploration till samples and has recovered less than 10 naturally occurring diamonds. This is a very rare and significant discovery.