Mongolia to sell stakes in Tavan Tolgoi coal mine 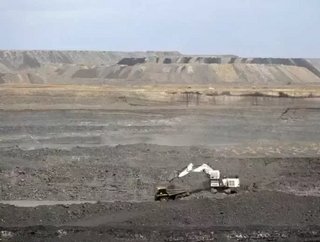 Mongolia is looking to sell stakes in 10 state-owned enterprises this year, including stakes in the $4 billion Tavan Tolgoi coal mine, as the country se...

Mongolia is looking to sell stakes in 10 state-owned enterprises this year, including stakes in the $4 billion Tavan Tolgoi coal mine, as the country seeks to revive growth and boost investment, according to Bloomberg.

The Mongolian government is looking to entice overseas investment for its natural resources, which is estimated to be worth $1.3 trillion. Selling stakes in the mine is crucial for Mongolia to concert is mineral wealth into economic gains following two years of slowing growth in gross domestic product, plummeting foreign direct investment and rating agency downgrades.

"We are seeing the next year with much more optimism” after growth slows to 5.3 percent in 2015, Prime Minister Chimed Saikhanbileg said in an interview in London.

As one of the world’s largest untapped coking and thermal coal deposits, Tavan Tolgoi is estimated to contain 7.4 billon tons of reserves. Efforts to secure a deal for the project, however, have remained mostly deadlocked.

In April, Mongolia’s parliament canceled a deal with a consortium of foreign firms to develop the giant coal mine and in 2011 the country’s National Security Council rejected a deal with US-based Peabody Energy, China’s Shenhua and a Russian-Mongolian consortium.

Byambasaikhan Bayanjargal, the chief executive of Erdenes Mongol LLC which controls the massive coal deposit, said in May a deal to develop the Tavan Tolgoi mine is expected to be reached within the next two months. According to Bayanjargal, about 20 to 30 percent of the mine could be offered to international investors in London or Hong Kong in the next two to three years.