Mt Todd gold mine and the discharge of contaminated water 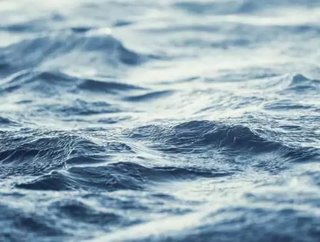 With news that excessive rainfall has forced the owners of a mine in Katherine to discharge contaminated water into the local river, we take a look at t...

With news that excessive rainfall has forced the owners of a mine in Katherine to discharge contaminated water into the local river, we take a look at the Vista Gold owned Mt Todd Gold mine.

The Mt Todd Gold Mine, located in Katherine, contains more than 4,000 Olympic swimming pools of contaminated water from its past mining activities.

The owners of the mine are legally permitted to discharge this water into the Edith River when the river is flowing at a high enough rate to dilute it.

"We've been rather fortunate we've had enough rainfall and since then that it's been continuous," he said.

"We've released a third of a gigalitre of treated water already and we're targeting a total of 1.5 gigalitres this wet season.

"It looks like we're certainly going to be able to achieve that."

What is the Mt Todd Gold Mine Project?

The Mt Todd Gold Project, owned by Vista Gold, is a brownfield development gold project. Located north of Katherine, the site includes both the Batman and Quigleys gold deposits.

Acquired in 2006, Vista Gold has been entrusted with care and maintenance of the site and has accepted the obligations to maintain the assets of the NT Government on the site and manage Mt Todd in an environmentally sound manner.

Though not currently in production, Vista Gold is working to obtain permits for the mine for potential future operation.

A nine-million-dollar investment was made in 2012 into a water treatment program for contaminated water held in the Batman Pit as part of its ongoing environmental stewardship of the Mt Todd site.

The majority of precipitation at the Mt Todd site can be attributed to 6-8 events each year.  The intensity of some storms has resulted in localised flooding and filled retention ponds in periods of less than 24 hours.  Each year Vista Gold and the Northern Territory Government update the water management program in an on-going effort to improve the effectiveness of this program.

The key component to the water management program has been controlled discharge of water from the site and storage of the excess volumes of water.

The Batman deposit is part of a goldfield that was worked as far back as the early twentieth century.

Assessments have revealed estimated gold resources at the Batman deposit to be over seven million ounces of gold and Vista is confident that with evaluated independent development scenarios, there could be process facilities of 33,000 and 50,000 tonnes per day.