[PHOTOS] Majestic Images of Salt Mines Around the World 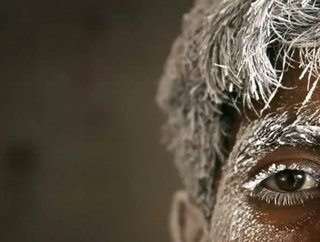 Salt is vastly underrated. Along with being a key element in the diet of humans, animals, and even plants, salt is one of the most effective and widely...

Salt is vastly underrated. Along with being a key element in the diet of humans, animals, and even plants, salt is one of the most effective and widely used food preservatives. Although the Earth produces salt in abundance, it still requires extraction. That’s the beauty of it.

The process of mining salt can produce some of the most majestic and tranquilizing images ever seen. These landscapes include multicolored pools of water, deep caverns, and geometric carvings. The sites are so mesmerizing, many of them have become home to museums and tour destinations.

One of the brine pools that are part of a lithium salt pilot plant on the Uyuni salt lake, which holds the world's largest reserve of lithium, located in southwestern Bolivia. (Source: The Atlantic)

Pools of mineral-colored water gathered on salt flats in holes dug by salt collectors on the Senegalese coastline near the border with Gambia. (Source: The Atlantic)

The Saint Kinga's Chapel in the Wieliczka Salt Mine near Krakow, Poland.

Abandoned salt mine in Yekaterinburg, Russia.

The Khewra Salt Mine is located in Khewra, north of Pind Dadan Khan.

Wieliczka Salt Mine in Krakow, Poland.

A halite salt crystal in the shape of a heart, illuminated from within, in the Nemocon salt mine in Colombia. (Source: The Atlantic)

A woman walks across salt flats being cultivated for the white crystals near the village of Ngaye-Ngaye, 10 km (6 mi) south of Senegal's northern town of Saint Louis, on April 9, 2007. Some 3,000 people, mostly women, spend long hours under the blinding sun scraping up salt with sticks and their hands, earning the equivalent of a dollar or two per day. (Source: The Atlantic)

An aerial view of the salt fields of Palibelo village, on the outskirts of Bima, on Indonesia's Sumbawa island. (Source: The Atlantic)

A laborer poses for a photograph while cutting rock salt for decoration pieces in Khewra, Pakistan. The Khewra Salt Mines are said to be the second largest salt mine in the world. (Source: The Atlantic)