Pilbara Woodie Woodie manganese mine given new lease of life 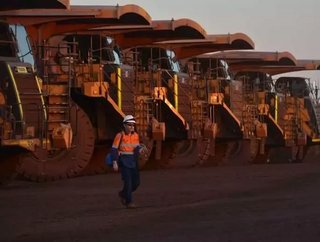 The Woodie Woodie mine looks set for a new lease of life, as its new Chinese owners plan to restart operations following significant investment. Ningxi...

The Woodie Woodie mine looks set for a new lease of life, as its new Chinese owners plan to restart operations following significant investment.

Ningxia Tianyaun Manganese Industry Co (TMI), will invest an initial $30mn into the Western Australia mine to aim for full commercial operations by October this year.

The mine had been originally placed under care and maintenance in February 2016, a decision reached as a direct result of significantly low manganese prices.

Consolidate Minerals (ConsMin) was taken over by TMI in June this year amid a sustained increase in global manganese pricing.

With commercial operations targeted for October, TMI is aiming for its first shipment in November 2017.

An initial 115 jobs have already been secured as part of the re-start plan, which has included processing of low-grade stockpiles. Once operational, ConsMin is targeting annualised production of 1.3-1.5 million tonnes.

Mr Tianjiang Jia, Chairman of TMI, said: “This is a very exciting time for TMI. We were attracted to ConsMin because of the quality of its assets and we were always confident that there would be future opportunities for Woodie Woodie at some stage. ConsMin is an important part of TMI’s international strategy to integrate our mining and production operations to further enhance our position as the world’s biggest electrolytic manganese metal (EMM) producer.”

Mr Oleg Sheyko, CEO of ConsMin said: “We see this as a very important event for the WA mining industry. It was a very tough decision to close Woodie Woodie but at the time it was simply unviable. We are now confident in the manganese market outlook and with an exploration investment can see Woodie Woodie continuing into the future. This is a great outcome for ConsMin, the Pilbara region and WA.”

Woodie Woodie has been a source of manganese for approximately 70 years and is recognised internationally as a source of high-grade, low-impurity manganese. Manganese is used in the steel industry for manganese alloys which improve strength and ductility.