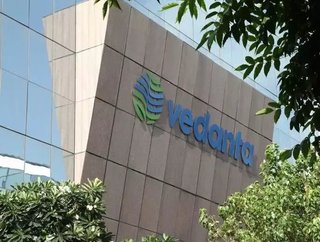 The largest aluminium producer in India has been given the go ahead to expand one of its refineries, as demand for aluminium continues to rise. Vedanta...

The largest aluminium producer in India has been given the go ahead to expand one of its refineries, as demand for aluminium continues to rise.

Vedanta Resources, with aluminium operations that include a refinery and a 90 MW captive power plant at Lanjigarh in Odisha, Eastern India, has been recommended to expand its refinery.

The current capacity at the Lanjigarh Alumina refinery stands at 1 million tonnes, with an expansion looking to increase that capacity to 6 million should the company proceed.

The expansion would see an investment that would cost the company Rs6,483 crore ($993 million).

Vedanta is seeking over 1,600 acres of land for the expansion of the refinery located in Odisha.

The project will now require final nod from a “high level clearance authority” chaired by the chief minister, the state government said in a statement, adding it had also recommended an increase in the capacity of the company’s captive power plant from 90 megawatts (MW) to 340 MW.

The Lanjigarh alumina refinery is equipped with state of the art facilities. It is an ISO 9001 and ISO 14001 certified unit with an annual capacity of 1 mt.

The refinery commands a high plant availability factor of 92% and is driven by self-sustained power supply from the 75 MW captive power plant. Aided by modern infrastructure, the Lanjigarh refinery is well connected by rail, road and port.

The entire production process is harnessed by an advanced centrally controlled system.

Vedanta is the largest aluminium producer in India with a capacity of 2.3 mtpa and a 40% market share in India’s aluminium industry. We have strategically located large scale assets with integrated power from captive power plants in Indian states of Chhattisgarh and Odisha.