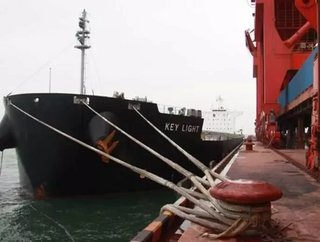 The first shipment of iron ore from Anglo Americans Minas-Rio mine in Brazil has officially been delivered. While the company announced the first shipme...

The first shipment of iron ore from Anglo American’s Minas-Rio mine in Brazil has officially been delivered. While the company announced the first shipment in October, Anglo has released a new video outlining the overall updates to the project.

Loaded at Acu in Rio de Janeiro state, the cargo of more than 80,000 metric tons of the steel-making mineral was delivered to customers in China. In a statement, Cutifani said that delivering the first ore on ship (FOOS) from Minas-Rio was one of the group‘s three major commitments to its shareholders this year.

“We believe that the outlook for our particular premium product remains attractive, despite the current weakness in the iron-ore price,” he said.

The mine is expected to produce 26.5 million ton of iron ore a year over the next 18-20 months.

"Minas-Rio has an exceptional resource in terms of scale and ore quality, producing some of the highest quality pellet feed available for our customers across the Middle East and Asia, providing us with a clear competitive advantage," according to Cutifani.