Adani Mining CEO explains the $16.5B Carmichael coal mine 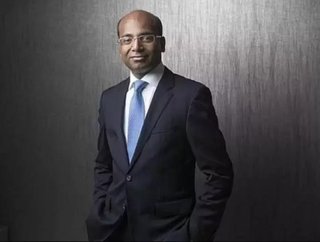 With an estimated price tag of USD $16.5 billion in capex and sustaining capital, the Carmichael coal, railway and port project based in Queensland, Aus...

With an estimated price tag of USD $16.5 billion in capex and sustaining capital, the Carmichael coal, railway and port project based in Queensland, Australia, is on-track to build one of the world’s largest thermal coal mines, producing roughly billions of tonnes of coal resources during its estimated 60-year lifespan. The Project is being spearheaded by Adani Mining, the Australia-based subsidiary of Adani Group, and the expectations are as high as the cost.

Located in the north Galilee Basin approximately 160 km north-west of Clermont in Central Queensland , The Project is set to not only benefit the industry but the community  as well.

Funds received from taxes and royalties will be directly reinvested, assisting with the development, maintenance and support of schools, hospitals, roads, and other local services.

“The biggest part of the project will be the multiplication effect; there is no point in just being the world's largest mine. Rather, I think the point of the project is to create value for millions of people around the world starting from where the mine starts, not just in economic activity but also in social wellbeing.

“It's a mine, rail and port, but it won’t just cater to Adani. It will assist other parties in the region to share infrastructure and grow their business,” Janakaraj added.

A project of this size calls for extensive logistical planning, from permits to partnerships and everything in between. And even though a lot has been accomplished thus far, much still remains.

“So far all, of the approvals are completed as well as the entire engineering. We have finished the bank and feasibility phase and now we're in the ordering phase, completing key contracts. Last year we completed the port contract and we just recently finished the Downer contract for mining,” said Janakaraj.

The Downer contract, which is a five-year deal that includes two additional one-year options, is for mining services and construction of mine infrastructure. It will also include statutory management and mine operations, drilling, blasting, and load and haul of waste and coal.

Downer will also be responsible for the engineering procurement and construction of on-site infrastructure and preparatory civil works. Adani will provide the capital for the major fleet for the mining services contract.

"In selecting Downer as the mining services contractor, we are confident that not only are we well-placed to meet our longstanding first coal guidance of 2017, but that we are one step closer to our goal of building a long-term future with Queensland," said Janakaraj.

Adani has also secured a $2.2 billion agreement with Korean-based powerhouse POSCO for the engineering, procurement and construction of the North Galilee Basin Rail (NGBR).

Adani is expected to complete contracts for the coal handling plant and mine construction later this year. The company is currently finalizing contracts for machinery providers, and names should be announced sometime later this month.

“When you set up a business, you have to set it up right for long-term production and gains. You must remain competitive in the global cost curve, no matter what,” explained Janakaraj.

Enter the QUT Graduate School of Business, with which Adani recently partnered to provide a series of workshops and individual and team coaching for executives and emerging leaders connected to The Project. This 18-month partnership is a proactive effort to enhance leadership capabilities and remain competitive in today’s tough global market.

“We have a large keen interest in our partnership with QUT to handle the complex project we are running. We can pay contractors to build the mine, port and rail, but with QUT, we’re building the brains of the operation.”

The end-goal of The Project is to execute a vertically integrated pit-to-plug business strategy, revolutionizing the industry as the mines, port and railway work in unison to provide coal to consumers.

The coal from the mine will be transported by a 388 km standard gauge rail line to one of two terminals at Abbot Point Port near Bowen. The rail infrastructure will be capable of transporting 60 million tonnes of coal per year.

“We will be utilizing at least 45, 400-tonne driverless trucks. All the vehicles will be capable of automation. When we ramp up the mine, everything will be autonomous from mine to port. In our eyes, this is the mine of the future,” said Janakaraj.

The port, which was purchased by Adani on a 99-year lease in 2010, will be expanded to hold 120 million tonnes, nearly doubling the current capacity (50 million tonnes). Because the port is used by large mining companies including BHP Billiton, Rio Tinto and Glencore, the vision behind the expansion, along with increasing capacity, once again returns to supporting growth within the industry and ensuring socio-economic benefits.

“We want to create a multi-user facility model for the infrastructure so more companies can use it and grow,” said Janakaraj.  “The revenue generation and the returns on the infrastructure assets are truly needed by the State. This model will not just create jobs but will create a sustainable future for Australia.”

Construction of the Carmichael coal, railway and port project is expected to commence later this year, with the first coal expected in 2017.