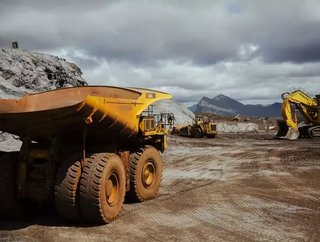 Operational changes boosted efficiency across the business. Copper was the standout success reaching a five-year high with increased production hitting 23%.

Mark Cutifani, Chief Executive of Anglo American, commented: “Our continuing focus on efficiency and productivity improvements across the business resulted in another strong quarter, adding to our consistent track record of delivery. Solid operational performance resulted in a 23% increase in production from our Copper business, more than offsetting the impact of infrastructure constraints at Kumba.

“We ended this successful quarter with the restart of operations at Minas-Rio and receipt of a key approval relating to the important Step 3 licence area that supports its increase in production towards design capacity.”

Anglo American is laying the foundations for continued growth with its Quellaveco Copper Project in Peru. It has developed the project with Mitsubishi with first production of copper expected in 2022, before ramping up to full production in 2023.

During the first ten years of full production Quellaveco is expected to produce approximately 300,000 tonnes per year.

Speaking about the project last year Cutifani said: “This is an exciting moment for Anglo American. The approval of Quellaveco is an important step in delivering the full potential of our world class asset portfolio, with an expected project ROCE in excess of 20%, and we look forward to working responsibly with all our stakeholders to make it a reality.”