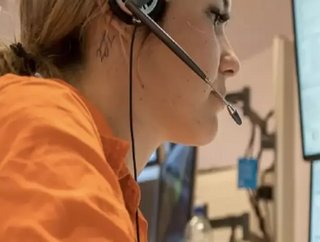 Continuing our series on the world's leading miners, we shine the spotlight on BHP which is embracing a new corporate structure and sustainability

Broken Hill Proprietary’s history began in a silver, lead and zinc mine in Broken Hill, Australia. Incorporated in 1885, BHP engaged in the discovery, development, production and marketing of iron ore, copper, oil and gas, diamonds, silver, lead, zinc and a range of other natural resources. BHP was also a market leader in value-added flat steel products.

Billiton’s roots trace back to 1851 and a tin mine on a little known island in Indonesia, Billiton (Belitung) island. Billiton became a global leader in the metals and mining sector and a major producer of aluminium and alumina, chrome and manganese ores and alloys, steaming coal, nickel and titanium minerals. Billiton also developed a substantial and growing copper portfolio.

Today BHP operates in more than 17 countries, employs 80,000 people and works with over 9,000 suppliers.

BHP recently announced a final Board decision to unify BHP’s corporate structure under its existing Australian parent company, BHP Group. BHP believes it will result in a corporate structure that is simpler and more efficient, reduces duplication and streamlines governance and internal processes.

A unified structure will also improve flexibility for portfolio reshaping to maximise shareholder value over the long-term, including facilitating a simpler separation of the Petroleum business. A Shareholder Circular and a Prospectus are expected to be published tomorrow (December 8).

Unification is expected to complete by 31 January 2022 subject to approval by the shareholders of both BHP Group Limited and BHP Group, receipt of remaining regulatory approvals and UK Court sanction of the scheme.

BHP Group and Woodside Petroleum signed a binding share sale agreement for the merger of BHP’s oil and gas portfolio with Woodside, which will acquire the entire share capital of BHP Petroleum International in exchange for new Woodside shares. The signing of the SSA follows the merger commitment deed announced on August 17 2021.

BHP Group recently announced that it will sell its 80% stake in the BMC metallurgical coal venture to Stanmore Resources in a deal worth up to $1.35 billion, extending the global miner's withdrawal from fossil fuels, according to reports.

BHP Lonsdale Investments, a wholly-owned subsidiary, is progressing discussions with Wyloo Metals regarding its potential support of BHP’s C$0.75 per share offer to acquire Noront Resources.

In FY21, Western Australia Iron Ore contributed over A$324.6 million into community development, which brings BHP's total investment in Western Australia over the past ten years to $3.92 billion. This year is a special one in BMA's history with Goonyella Riverside Mine and Hay Point Coal Terminal (HPCT) both celebrating 50 years of operations.

Autonomous drilling is being rolled out at Escondida and Spence.

BHP’s commitment to sustainability is defined by Our Charter and governed through the Our Requirements standards. These standards describe our mandatory minimum performance requirements and provide the foundation to develop and implement management systems at operated assets.

Speaking at the Fidelity Sustainable World Summit, ceo and director Mike Henry said: "The reality of our industry is you can't sacrifice one of E, S and G (Environmental, Social and Corporate Governance) for another. We need to be upholding high standards across all three of those dimensions. The act of decarbonisation is going to be incredibly metals intensive - the world is going to need a lot more supply of copper, nickel and some of the other metals the mining industry produces."

On the thorny issue of coal production, BHP makes a distinction between thermo coal for power generation, and coal for steel making. BHP has made "a strategic decision to step out of thermo coal" and is focusing on higher quality coking coals for steel. Last month it signed a Share Sale and Purchase Agreement to divest its 80% interest in BHP Mitsui Coal (BMC), an operated metallurgical coal joint venture in Queensland (click here).

Henry said aiming to meet the aggressive 1.5 degree warming scenario is best for BHP. "I believe a comprehensive focus on ESG is going to play to BHP's advantage. It's hard to overstate how much of a drawing card high ESG leadership, and standards, are for talent."

Three years ago, the BHP Foundation launched its Education Equity Program and together with five like-minded global partners, they’re working towards driving a fundamental shift in the education and learning ecosystem.

More recently, it launched the UNESCO IGCP Geoscience Futures website, developed by UNESCO IGCP, to generate understanding and communication of the essential role of geoscience globally.

Three mines (Olympic Dam, Minera Spence and Escondida) recently joined The Copper Mark, which promotes responsible practices (click here). World copper mine production is expected to increase by about 2.1% in 2021 and 3.9% in 2022.