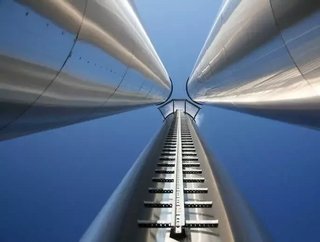 The largest industrial company in the UAE, outside of oil and gas, has signed a new deal that will boost bilateral trading with Vietnam. Emirates Globa...

The largest industrial company in the UAE, outside of oil and gas, has signed a new deal that will boost bilateral trading with Vietnam.

Emirates Global Aluminium (EGA), one of the world’s largest premium aluminium producers, has signed a three-year deal with Vinacomin, a Vietnamese state-owned firm.

Through the deal, Vinacom will supply EGA with up to 300,000 tonnes of alumina per year in a deal that represents the first long-term agreement to supply Vietnamese alumina to the UAE.

The deal is a significant boost to the bilateral trading relationship between Vietnam and the UAE.

“This agreement with Vinacomin is in line with our strategy to diversify our sources of supply for alumina, to secure the resources that the UAE’s aluminium industry needs to grow at competitive prices,” said EGA’s Managing Director and Chief Executive Officer Abdulla Kalban.

“We are pleased to have Vinacomin as an alumina supplier for EGA, and also to see the economic relationship between our two countries grow. We hope to develop our relationship with Vinacomin further in the future.”

Dang Thanh Hai, President and CEO of Vinacomin said: “Although Vinacomin's alumina just entered the world alumina market four years ago, it has been accepted by world-class customers, such as EGA, one of the leading premium aluminium producers, as expressed by the signing between Vinacomin and EGA.

“For Vinacomin, this agreement is in line with the direction of the Ministry of Industry and Trade of Vietnam, to contribute to promoting cooperation between Vietnam and the UAE. We look forward to further cooperation for mutual benefit in the future.”

EGA is currently building one of the largest industrial construction sites in the UAE, the Al Tweelah alumina refinery.

The refinery will have a nameplate production capacity of 2 million tonnes of alumina per year and is expected to  meet 40 per cent of EGA's alumina requirements. This will help secure the UAE's supplies of the raw material for the aluminium industry.