Fraud and Corruption: Mining in 2018 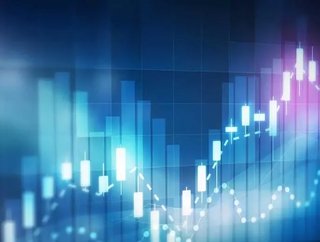 As the year draws to a close, now is a time for reflection. Has the industry found itself in a healthier position than it was in 2017? Has it got worse...

As the year draws to a close, now is a time for reflection. Has the industry found itself in a healthier position than it was in 2017? Has it got worse?

At this time of year, it’s important to look at the road ahead, particularly the business risks and trends that we can anticipate.

Jim Gee, Partner and Head of Forensic, Cyber and Counter Fraud Services, at national audit, tax and advisory firm, Crowe Clark Whitehill, believes that with all the focus on growing revenue, it is important that the major mining players do not forget one thing – fraud and corruption.

The general outlook for the mining industry is positive for 2018, but when revenues grow, sometimes there is less of a focus on costs, something which can ‘bite back’ when the economic cycle turns.

One cost which, if left unmanaged, can definitely cause future problems is that associated with fraud and corruption.

The last two decades have seen a tremendous change in what we know about this cost and how, like any other cost, to manage and minimise it.

We now know that most of this cost in the mining industry is high volume, low value (and therefore difficult to detect – at best 1/30th is discovered); we know that it is ever present in any organisation of any size, with losses averaging just under 6% of expenditure over the last two decades; we know the problem continually mutates and changes so (in the mining industry at least) a traditional reliance on ‘controls’ is not enough; and we know that where organisations focus instead on improving their all-round protection against fraud (known as their ‘fraud resilience’) they can achieve big reductions in the cost of fraud and corruption.

Crowe’s forensic team have achieved reductions in the costs associated with fraud and corruption of over 50% for mining companies, with an expectation of reductions over up to 40% within 12 months.

In the good times, this work further boosts profits; in the bad times, having already reduced this cost, it makes other, harder reductions less necessary.