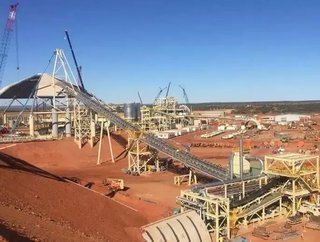 Gruyere, a joint venture between Gold Fields and Gold Road and Australia’s newest gold operation, has been officially opened and is safely ramping up...

Gruyere, a joint venture between Gold Fields and Gold Road and Australia’s newest gold operation, has been officially opened and is safely ramping up to an average annual production of 300,000 ounces.

Located 200km east of Laverton in the north-eastern Goldfields, the Gruyere Mine is a globally significant Tier Onegold operation and has a current mine life of 12 years. First gold was poured on 30 June and by the end of this year the mine is expected to meet its first production target of 75,000 – 100,000 ounces for 2019.

The mine was officially opened today by, the Honourable Bill Johnston, in a ceremony at the site that was attended by representatives of the Joint Venture parties, key contractors and the traditional owners of the land on which the mine is located, the Yilka people.

Speaking at Gruyere’s opening, Western Australia’s Mines and Petroleum Minister Bill Johnston said: “Congratulations to Gold Road and Gold Fields on the opening of Western Australia’s newest gold mine. The Gruyere project is vitally important to Western Australia, not only because of its gold output but also because it will provide around 250 jobs over the next 12 years and open up a new gold province.”

Gold Fields Executive Vice President Australasia, Stuart Mathews, added: “Gold Fields is excited to have Gruyere as part of its portfolio of mines in Western Australia including theSt Ives, Granny Smith and Agnew operations. Gold Fields has a demonstrated commitment to Western Australia and Gruyere is an incredible example of a gold mining operation which provides long-term jobs, sustained industry investment and ongoing spend and support to the local economy.”

The Gruyere open pit gold mining and processing operations provide direct employment for more than 250 employees and contractors while another 700 workers were employed during construction.

A golden opportunity for Alacer

Gold Road Managing Director and CEO, Duncan Gibbs, said: “Gruyere’s development has been an amazing journey for Gold Road and a testament to the Company’s vision and persistence. We made the discovery six years ago and today we have opened a greenfield operation that is the first to produce gold in the prospective Yamarna Belt.

“Gold Road is proud that our exploration success has led to the creation of employment and contracting opportunities in regional Western Australia, including for the Yilka people with whom we have forged a strong relationship.

“Our focus now is to work with our partner Gold Fields to deliver sustained value from Gruyere while our exploration team is focused on further unlocking the gold potential of the Yamarna Belt.”

A key focus of the Gruyere Joint Venture has been to work with the traditional owners, the Yilka people, to provide employment and develop and deliver career pathways for the local community. To date, four key contracts have been awarded to indigenous enterprises, focused on major plant, minor plant, labour hire and cleaning services. Gruyere is the first operating mine on Yilka country.