Is it Time for Junior Miners to Cease Capitalization of Exploration Costs? 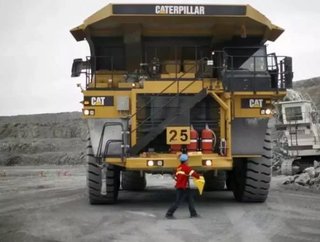 When talk of adopting International Financial Reporting Standards (IFRS) in Canada started a number of years back, management of many junior exploration...

When talk of adopting International Financial Reporting Standards (IFRS) in Canada started a number of years back, management of many junior exploration companies feared the loss of their exploration and evaluation (E&E) assets on the statement of financial position as many stakeholders relied on this figure as an indicator of a mineral exploration company’s value. Then IFRS 6 Exploration for and Evaluation of Mineral Resources was introduced in December 2004, allowing the capitalization of E&E costs and things carried on pretty much as before.

Fast forward to 2014. Many juniors are suffering, a consequence of which is hard decisions on their E&E assets and the resulting impairment charges, the impact of which is accentuated by the fact that they have capitalized their E&E expenditures.

Either capitalizing or expensing E&E costs are, and always have been, valid accounting policies under IFRS but most juniors have stuck with the age old policy to capitalize. For many juniors operating in today’s market, an accounting policy change to capitalize property costs only once an economically recoverable reserve is identified could have significant advantages.

We have noted what appears to be the beginning of a trend toward the wide acceptance within the mining industry of the policy to expense E&E costs as incurred. Our research revealed more than fifteen Canadian reporting issuers reporting an accounting policy change toward expensing E&E costs in their annual financial statements filed since January 1, 2014, with some disclosing that this policy is “...more relevant and reliable...” or otherwise providing a clearer picture of such expenditures. Some went as far as to say that “...this method is being increasingly preferred in the mining exploration industry”.

Is now the time for more junior exploration companies to reconsider the common practice of capitalizing E&E costs? Here are a few advantages to making such an accounting policy change.

Over the past few years, there have been many mineral property impairment charges reported by mining companies and there will be more to come before the market turns around. These impairment charges distort a company’s earnings significantly as they generally occur within a single period and are often a large amount. The impact on earnings is greatly reduced and smoothed where E&E costs have been expensed as incurred, providing a clearer picture for financial statement users.

Theoretically, impairment of E&E costs will be reversed when the cause of the impairment reverses, with the asset being written up to the then-current fair value of the property to a maximum of the original costs incurred. In reality, it’s difficult to support an impairment charge reversal for an exploration stage property due to the complex subjectivity in determining the fair value of such early stage projects. However, when the project gets to a point where a reliable fair value can be calculated, further volatility to earnings will result from the impairment reversal.

An interesting advantage occurs when changing accounting policy to expense E&E costs where an impairment charge has recently occurred or is anticipated: the change in accounting policy will result in the E&E expenses being reported in the historical periods when they were originally incurred rather than as one major impairment charge to earnings in the period when the impairment was identified. This effect is due to the fact that a change in accounting policy must be applied retrospectively, with the restatement being applied to historical periods. This results in a presentation that may be more palatable to many stakeholders, resulting in favourable shareholder perception on a current and ongoing basis.

2. Juniors want to conserve cash now more than ever

Many juniors are currently struggling for cash and looking to reduce costs wherever possible. Carrying a significant E&E asset on the statement of financial position comes with a cost, particularly in the current environment. Impairment indicators need to be assessed at each reporting period and will be a part of the annual audit procedures. Many companies are currently identifying impairment indicators such as inactivity on mineral properties or lack of funding to support exploration budgets, which in turn triggers a mandatory impairment test under IFRS. If exploration costs are not capitalized, both the consideration of impairment indicators and impairment tests are eliminated, reducing internal administrative costs and external audit fees, including expensive and onerous asset valuation analyses.

As noted above, it's often challenging to support an impairment reversal on an E&E asset until a production decision is made, at which point sufficient data to support an accurate valuation may exist. But when the impairment reversal can be supported it is mandatory under IFRS. The effort to determine the fair value of the project to support this impairment reversal requires a significant amount of effort and cost. This exercise is only necessary if the E&E costs had been capitalized. This, of course, will occur far in the future and cash may be more abundant at that time, but many would argue that this cash is better put toward the project, particularly if an expensive mine is about to be constructed.

For many companies whose current capital management plans have smaller and more focused mineral project budgets than in the past, a policy of expensing E&E costs may better reflect that current plan. If the plan is to hold tight, reconsider current projects and keep an eye out for better opportunities, presenting a significant mineral asset may appear to contradict management’s strategy, resulting in shareholder confusion. Further to this, if only minimal costs are being put into the project under such a strategy, a stagnant mineral asset on the statement of financial position will highlight this fact, potentially concerning some shareholders.

4. Familiarizes the statement of financial position for US investors

Under US GAAP, until the economic viability of a project is established, only costs associated with acquiring the right to explore a mineral property (acquisition costs) are capitalized while all other costs are expensed as incurred. There may be significant confusion for American investors on this matter as IFRS 6 Exploration for and Evaluation of Mineral Resources includes acquisition costs as a component of E&E costs while US GAAP essentially treats such costs as a component of property, plant and equipment.

The United State's transition to IFRS has slowed to a near stop and thus it will be a while, if ever, until American shareholders become accustomed to IFRS practices. This being the case, when familiarity of accounting for American investors is a key strategic consideration for a company a proactive approach to bridging disclosure gaps, including a policy that includes capitalization only of acquisition costs during the exploration stage, may prove advantageous in such companies' fundraising activities.

A policy of capitalizing costs may exaggerate the perceived value of the asset, since costs incurred are not a reflection of the value. These expenses are simply a reflection of management's efforts to collect data on the property, not all of which is fruitful. If an investor does want to know how much has been spent on the property to date, this can be disclosed in the notes to the financial statements and other of the company’s public filings.

Possibly the biggest threat in holding a large E&E asset on the balance sheet is the IFRS mandated impairment test when the property moves from E&E stage to development stage. Should this test trigger an impairment charge at that critical point in time, it may give pause to potential investors who may question how solid the project may be in light of the impairment and look to invest elsewhere.

6. Reduces the cost of production for accounting purposes

In this post I've discussed a lot of pros to this accounting policy. There may be a significant con to the argument as well. Many seasoned investors and management teams are used to seeing E&E costs on the statement of financial position and may take the absence of such as an indication of weakness in the company or its mineral interests. This being the case, when a company chooses to change its policy, transparent disclosure and proactive communication are key to help stakeholders’ understand the advantages of the new approach and where to locate that historical E&E cost information they're used to seeing on the statement of financial position.

There’s certainly more than one way to do this, however a good approach that I’ve seen recently is by Odin Mining and Exploration Ltd. (TSX-V: ODN). In their quarter ended September 30, 2014, Odin changed their accounting policy to expense exploration costs as incurred, applied retrospectively. They now capitalize only acquisition costs and disclose historical exploration costs in the notes to the financial statements. This provides them with all the advantages discussed above, while still allowing shareholders to review the costs put into the project.

The disclosure requirements for such a change, which have been nicely applied by Odin, are as follows:

• Disclose the change in policy and its impact on the periods presented in the financial statements;

• Disclose all affected periods as restated

Bryndon Kydd is the head of BDO’s Natural Resources practice in Vancouver, Canada. He can be reached at via bk[email protected] on LinkedIn.