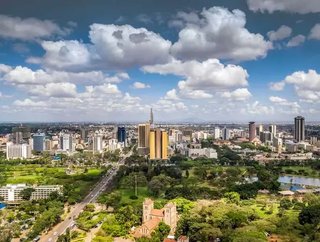 Kenya looks set to review its mining laws as the industry has struggled to grow over the past five years. After only one year since enacting new legisl...

Kenya looks set to review its mining laws as the industry has struggled to grow over the past five years.

After only one year since enacting new legislation, the Kenya government is looking at new ways to attract investment into the lagging mining industry, one that’s seen insignificant growth over the past five years.

A review is expected to be formalised and submitted to the ministry within the coming weeks.

“We want to be attractive, but we also want to get the most out of our resources, based on the spirit of win-win,” Mines Secretary Kazungu said in an interview June 30 in the capital, Nairobi. “The investor must get a good return on their investment, but win for government, and win for the community as well.”

Mining made up only 1.1 percent of Kenya’s total gross domestic product in 2016, which when you compare that with the low of one percent in 2012, shows a serious lag.

Looking across Africa, mining in Tanzania contributed about 4.8 percent to GDP in 2016, according to the country’s statistics agency.

The current mining code in Kenya imposes royalty rates ranging from 1 percent of the gross sales value of industrial minerals such as gypsum and limestone, to 5 percent for gold, 8 percent for coal, 10 percent for titanium ores, niobium and rare-earth elements, and 12 percent for diamonds.

Through a overriding review of tax legislation, the Treasury is working on a new income tax act that will see issues including cross-border mineral trading placed under the spotlight.

Corporate income tax rates for mining firms operating in Kenya vary from 30 percent for companies domiciled in the East African country to 37.5 percent for non-residents.