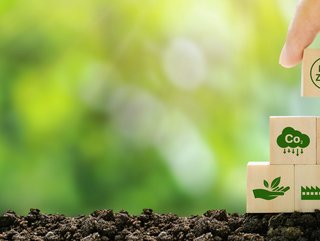 AngloGold Ashanti, the South African-listed gold mining company, has announced that it has agreed a deal to pay US$150m in cash to Coeur Mining, the American precious metals mining company, to acquire its wholly owned subsidiary, Coeur Sterling.

AngloGold Ashanti said that Coeur Sterling owns neighbouring properties to its own in the Beatty district of southern Nevada. The properties to be acquired in the transaction include Coeur’s C-Horst, SNA, Secret Pass and Daisy ore bodies, as well as the decommissioned Sterling Mine and all tenements that surround these properties.

One of the top 10 copper producing companies in the world, First Quantum operates two copper mines in Zambia – the second largest producer of the mineral in Africa. The agreement is a Technical Cooperation Agreement and will cover Tertiary’s Mukai and Mushima North Project Interests, a statement said.

The US Bureau of Land Management (BLM) will conduct a 45-day public scoping period to guide its supplemental evaluation of the proposed Ambler Mining District Industrial Access Road in the southern Brooks Range foothills in Alaska.

The announcement on September 20, 2022, was pursuant to an order by the US District Court for Alaska, a statement said. BLM explained that it is seeking public input before preparing a supplemental environmental impact statement to evaluate the proposal.

Fortescue to invest US$6.2bn to into decarbonisation

Fortescue Metals Group has announced that by 2030, there would be US$6.2bn capital investment into its heavy industry decarbonisation strategy, as it looks to eliminate fossil fuel risk and reduce operating costs by US$818m per year.

The group’s heavy industry decarbonisation strategy aims to eliminate fossil fuel use and achieve real net-zero terrestrial emissions (Scope 1 and 2) across its iron ore operations by 2030. The investment will eliminate Fortescue’s fossil fuel risk profile and enable it to supply its customers with a carbon free product, a statement explained.