By Daniel Brightmore
May 30, 2021
undefined mins 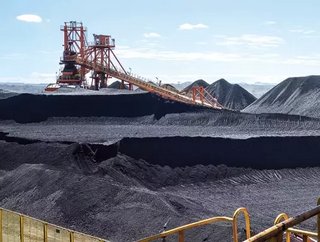 Eduardo Bartolomeo has worked at Vale for over a decade where he previously held the position of Executive Director of Logistics and Integrated Operations and Bulk Commodities. He left the company in 2012 taking CEO roles in the hospitality and transport sectors with BHG and NTS, before returning to Vale in 2018 as its Executive Director of Basic Metals in Canada.

Bartolomeo was made Interim CEO in April 2019 following the tailings dam tragedy at Brumadinho before permanently succeeding Fabio Schvartsman as CEO of the world’s largest producer of nickel and iron ore.

Eduardo Bartolomeo was born in Brazil in 1964. He studied at the Universidade Federal Fluminese in Rio de Janeiro before taking his MBA at Massachusetts Institute of Technology (MIT). Bartolomeo took up various Executive roles at Ambev between 1994 and 2003, the last of which was as the company’s COO. He first joined Vale in 2004 as its Director of Logistics Operations before progressing through various Executive roles to become Executive Director for Fertilizers & Coal. Vale chose Bartolomeo to lead the company through the most difficult period in its near 80-year history in the wake of the Brumadinho tailings dam disaster in 2019.

On being made permanent CEO in April 2019, Bartolomeo commented: “I am committed to leading Vale through the most challenging moment in its history. We will work tirelessly to ensure the safety of people and the company's operations. We will never forget Brumadinho and we will spare no effort in alleviating the suffering and repairing the losses of the impacted communities."

With a management style that focuses on health, safety, efficiency, and productivity, Bartolomeo applies the TQC (Total Quality Control Management) method, whose goal is to obtain results through routine management discipline.

Leading the Executive Board of Logistics Operations from 2007 to 2011, Bartolomeo developed the Vale Production System (VPS), which, together with investment in technology and professional qualification, resulted in significant gains for the company, especially for the logistics area. The purpose of VPS was to structure a single management system that could serve all business areas of Vale supported by a culture of operational excellence and engagement. Since its creation, the quality and reliability of the Vitória-Minas (EFVM, Estrada de Ferro Vitória a Minas) and Carajás (EFC, Estrada de Ferro Carajás) railroad assets have improved considerably. In 11 years, Vale's railroads have become beacons of safety and productivity.

In 2018, according to the statistical yearbook of the National Agency of Land Transport (ANTT, Agência Nacional de Transportes Terrestres), EFC was classified as the safest railroad in Brazil – the accident rate per million train/km dropped to 1.81, when compared to the 7.43 rating in 2006. In addition, according to this ranking, EFVM holds the second position, whose rate per million train/km is 2.38 compared to 5.86 in 2006.

These excellent results under Bartolomeo’s management are the result of the investment in technology and people. Regarding energy efficiency (liter/tku), Vale's railroads consumed four times less than their Brazilian peers and half of the Class 1 companies in the United States.

Vale’s locomotives are equipped with on-board computers and other equipment, such as radio-frequency distributed traction and auxiliary locomotives, which also ensure the efficiency of train productivity. In December 2010, with the acquisition of SDCN (Sociedade de Desenvolvimento do Corredor do Norte SA), Bartolomeo structured the logistics necessary to support Vale's operations in Africa, which allowed the construction of the Nacala corridor and the outflow of coal production from the Moatize mine in Mozambique.

To learn more about the mining industry in Brazil and its focus following the Brumadinho tragedy, read our interview with Brazilian industry expert Jon Hill, Vice President, Geology & Exploration at Jaguar Mining.