[REPORT] Rio Tinto to Slash Jobs at Australian Coal Mine 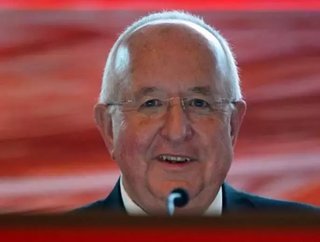 UK mining giant Rio Tinto(LSE:RIO) (NYSE:RIO) has revealed plans to cut 100 jobs from its Kestrel coal mine in Queensland, Australia.According to Rio, t...

According to Rio, the job cuts are part of the company’s continuous strategy to restructure its coal portfolio to remain competitive in Australia’s declining coal industry.

“We will be consulting with all employees about these changes and providing support for those affected."

Weak demand from primary coal consumers such as China and India has put immense pressure on thermal coal prices. In addition, efforts to shift to natural gas for energy generation have affected demand going forward.

"We have worked to significantly reduce costs and improve productivity across all of Rio Tinto's Australian coal mines, but still more needs to be done,” the Rio Tinto spokesperson added.

Rio Tinto has been vigorously working to restructure its coal portfolio as part of its approach to capital allocation. The company announced in its second quarter earnings for 2014 it would lower capital expenditure guidance for 2014 by $2 billion to $9 billion. The goal is to maintain capital expenditure at $8 billion, allowing Rio Tinto to operate competitively in a subdued commodity pricing environment.

The Kestrel mine, which was previously known as Gordonstone Mine, supplies both metallurgical and thermal coal to the global markets. The mine is joint venture with Queensland Coal and Mitsui Kestrel Coal Investment.