Samarco, a Vale-BHP JV, plans to raise $2bn in restructuring 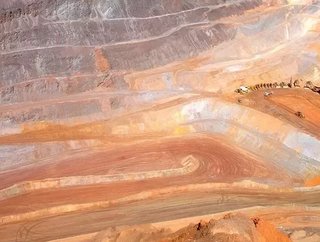 Brazilian miner Samarco Mineracao SA, an iron ore joint venture between Vale SA and BHP Group, plans to raise $2bn in fresh capital as part of its plan to exit bankruptcy protection, according to court documents.

Samarco plans to raise the fresh funds from investors through a competitive process roughly 30 days after a Brazilian judge approves its restructuring plan, which has yet to be discussed with creditors.

The proceeds will fund its operations between 2022 and 2027. The company said in the court filings that the capital increase is vital for its continued operations in the coming years.

Beyond standard operating costs, the company must make payments to Renova, a foundation set up by BHP and Vale to compensate for a deadly dam burst at a mine in 2015.

Vale and BHP may fund this capital increase at least partially, reports Reuters. Both companies have been financing Samarco since the disaster.

Vale and BHP investing in the future for Samarco

In separate statements, Vale and BHP confirmed a proposed capital increase funded by investors, but did not comment on their potential contribution.

Samarco, which partially resumed activities in December, said the restructuring plan does not indicate any commitment from any specific investor in its proposed capital increase.

The fresh funding would buy class A preferred shares in Samarco, giving shareholders rights to receive dividends 1,000 times higher than what is paid to common shares, along with some privileges over class B shares, the documents show.

The planned capital increase underscores challenges Samarco is facing as it restructures 50 billion reais in debt after filing for bankruptcy protection in April.

The miner is also offering to convert debt into class B shares or a cash payout in 2041 equal to 15% of the current value of holdings. Samarco and creditors are close to starting negotiations on the plan, the source added.