Anglo American to install EnergyPod storage batteries at Amandelbult mine 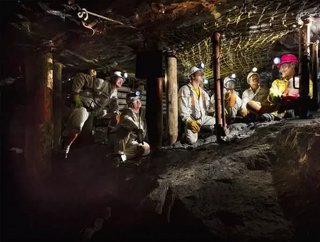 One of the worlds leading mine operators has announced a partnership with a major long-duration energy storage provider to install an energy storage system at one of its underground operations.

Anglo American Platinum has entered into a partnership with Primus Power, a leading long-duration storage provider to install eight EnergyPod battery systems at its Amandelbult mine in Limpopo, South Africa.

The agreement represents a further step in the long running partnership between the two companies, with Anglo American having first invested in Primus Power back in 2014.

Anglo American is a supplier of the platinum group metals that are used as a catalyst on the titanium electrodes that are inside the EnergyPod.

Eight EnergyPods will be installed to provide 200kW of power and 1,000 kWh of energy at the Amandelbult complex. Charged when demand for and cost of grid electricity is low, the batteries will release stored energy and reduce the mine’s draw from the grid.

Anglo American also believes that the project at Amandelbult complements support received from the U.S. Trade and Development Agency to demonstrate EnergyPod performance, reliability and durability at Eskom, the national utility of South Africa.

The company is working with Primus and Johannesburg’s SolAfrica on testing four EnergyPods at Eskom’s large-scale energy storage test facility in Rosherville, Johannesburg.

Andrew Hinkly, CEO of Anglo American Platinum’s PGM Investment Programme, puts the benefits in perspective: “We are very excited to further our partnership with Primus. EnergyPods allow Amandelbult to realize an immediate monthly reduction in electricity costs and an improvement in energy security. Moreover, this project will also lay the groundwork to define future local South African manufacturing and assembly opportunities for the technology.”

“South Africa represents an important growth area for Primus”, states Tom Stepien, CEO of Primus.  “Our long duration batteries will save Anglo American money and support their energy security, environmental and socio-economic goals. We look forward to deepening our relationship with them and our other partners in this vital market.”