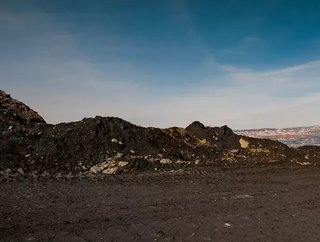 Australia’s biggest miners are leading the charge towards sustainability in the mining sector, and their eyes are locked firmly on the development of emissions-free vehicles. BHP, Rio Tinto, Fortescue Metals, and more are fighting for the top sustainable spot as industries worldwide revamp their environmental outlook and target decarbonisation. Alternatives such as hydrogen or battery-powered vehicles are being considered to replace the high-polluting truck fleets already in operation. But what exactly are the rival mining titans doing, and who is currently standing head and shoulders above the rest?

The race is on

Fortescue Metals Group has reportedly been developing a hydrogen-powered haul truck that the CEO of its green technology unit, Julie Shuttleworth, claims is “the first of its kind in the world”. According to Chairman Andrew Forrest, the truck merely emitted “slight puffs of pure steam” when operated, boding well for the vehicle’s eco-friendliness.

The company plans to pump AUS$600mn into its green mining projects, endorsing decarbonised technologies and aiming for its 2030 net-zero deadline.

Mirroring Fortescue’s sustainable endeavours is BHP which has recently partnered with powerful manufacturer Caterpillar as the two parties set out on a mission to deliver commercialised zero-emissions mining trucks. With AUS$100mn to AUS$200mn put aside to finance its plans, the mining giant is experimenting with the possibilities offered by battery-powered vehicles and hydrogen technologies as sustainable alternatives.

Rio Tinto is also investing a whopping AUS$1bn over the course of the next five years to tackle its own levels of emissions. And while the company’s efforts in the past have been focused purely on automation, its shift to prioritising decarbonisation signifies a change in the industry.

Around 7% of GHG emissions globally are attributable to the mining sector and with the looming threat of a carbon tax being introduced by the European Union, companies are keen to distance themselves from their high-polluting portfolios and begin anew with greener, more environmentally-friendly alternatives.

Last year, Fortescue Metals Group reported over 25% of its emissions were produced by its mining trucks, teasing the achievability of net-zero deadlines if emissions-free automation is introduced with a sense of urgency.

Who is leading the way?

So far, no one is particularly edging ahead of the rest of the field, although progress is still being made. The Charge On Innovation Challenge kicked off earlier this year, with BHP, Rio Tinto, and Vale as founding members of the initiative. Its aim: to encourage the development of more electrification solutions through industry collaborations. Similarly, BHP, Rio Tinto, and Codelco joined Komatsu to establish an alliance to target decarbonisation.

“We will work with Komatsu and other partners to bring zero-emissions solutions to the market as quickly as possible,” a spokesperson for Rio Tinto said.

But it’s clear that the mining industry is taking steps in the right direction, driving automation used in operations towards a more sustainable future with net-zero deadlines kept firmly at the forefront of their company agendas.