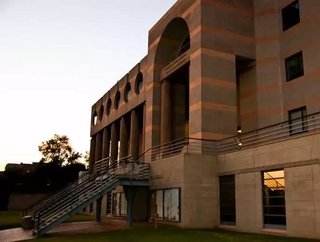 As a leading school in the field of rock engineering, the Wits School of Mining Engineering has recently appointed Professor Rudrajit Mitra as Centennia...

As a leading school in the field of rock engineering, the Wits School of Mining Engineering has recently appointed Professor Rudrajit Mitra as Centennial Chair of Rock Engineering.

Professor Mitra joins Wits from the University of New South Wales (UNSW) in Sydney, Australia, where his position included Director of Undergraduate Studies in the School of Mining Engineering since 2012.

He highlighted the importance of rock engineering in South Africa’s demanding deep-level and other underground mining conditions, and emphasised the role of innovative technological solutions from a range of disciplines in improving safety and productivity in the sector.

“Building on the progress made by previous incumbents in this Chair, there is great scope to use the experience of other countries and various disciplines – such as computer science, geophysics, metallurgy, chemistry and finance – to collaboratively develop solutions,” said Professor Mitra.

Previous holders of the Chair include well-known local experts in the field such as Professor Dick Stacey and Professor Nielen van der Merwe. According to the Head of the Wits School of Mining Engineering Professor Cuthbert Musingwini: “The Chair had been vacant for two years before the appointment of Professor Mitra, because we needed to make the right appointment.”

The Chair is supported by the Centennial Trust, established by the school in its centenary year of 1996. The research activities of the Chair are supported by a 2014 donation of R1,9 million by global miner Gold Fields.

He has published widely in the field of rock mechanics and rock engineering, particularly focusing on underground coal mining. With a particular interest in visualisation technology and simulation, he was the co-founder of the ‘Future Mining’ conference that promotes innovation in mining and considers lessons and opportunities from other industries. The initiative is a forum for scientists, mine management, engineers, government, academics and other stakeholders to visualise and work towards positive future scenarios for mining.

He also co-developed ViMINE, a scenario-based mine planning tool that helps mining engineering students to experience various aspects of a mining operation working together, integrating several types of simulation into one environment.

“In the teaching environment, this is a practical way for students to learn the complexity of mining systems – not just mining methods but all aspects of a mining scenario from financial management to commodity price fluctuations,” he said. “It is also a decision-making tool that helps consider the range of elements in mine feasibility.”

Read our exclusive feature on the Wits School of Mining Engineering

Professor Mitra said that today’s technology is supporting the global drive towards zero harm in the mining environment, and has the potential to transform the sector by moving people progressively away from dangerous areas of high energy underground. He said the trend towards mechanisation and automation will need to be balanced with the re-skilling of miners to allow deployment to higher levels of activity.

“Universities have a vital role to play in advancing our rock engineering knowledge and practice – both in the research and development of safer ways to mine, but also in opening the minds of students to the power of technology and systems to change mining for the better,” he said.