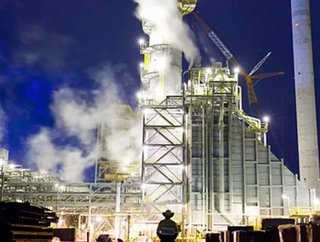 The mining industry has taken one giant step towards carbon neutrality, as one of the worlds leading resource companies has unveiled a world first carbo...

The mining industry has taken one giant step towards carbon neutrality, as one of the worlds leading resource companies has unveiled a world first carbon neutural smelting process.

Rio Tinto has announced this week that it has entered into a Joint venture with Alcoa Corporation and unveiled a revolutionary process to make aluminium that produces oxygen, elimnating any greenhouse gas emissions from the traditional smelting process.

The process has been discribed as the “most significant innovation in the aluminium industry in more than a century.”

Elysis will develop and licence the technology so it can be used to retrofit existing smelters, or build new facilities.

A technology package has been planned for sale beginning 2024.

The patent-protected technology, developed by Alcoa, is currently producing metal at the Alcoa Technical Center, near Pittsburgh in the United States, where the process has been operating at different scales since 2009.

When fully developed and implemented, it will eliminate direct greenhouse gas emissions from the smelting process and strengthen the closely integrated Canada-United States aluminium and manufacturing industry. The new joint venture company will also sell proprietary anode and cathode materials, which will last more than 30 times longer than traditional components.

"This is a revolutionary smelting process that can deliver a significant reduction in carbon emissions. Rio Tinto is proud to work with Alcoa, Apple and the governments of Canada and Quebec, to drive an innovation that can transform the industry and our customers' supply chains, said Rio Tinto chief executive J-S Jacques.

Apple CEO Tim Cook, which has invested $13 million and will continue to provide technical support, expressed great pride at being a part of the project.

“We forward to one day being able to use aluminium produced without direct greenhouse gas emissions in the manufacturing of our products."

In Canada, the technology could eliminate the equivalent of 6.5 million metric tonnes of greenhouse gas emissions, if fully implemented at existing aluminium smelters in the country. That represents an amount roughly equal to taking nearly 1.8 million light-duty vehicles off the road.