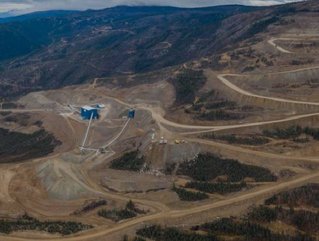 Victoria Gold Corp, the Canadian mining company, has announced the appointment of Timothy Fisch as vice president and general manager of the Eagle Gold Mine, where he will oversee the operational team for the largest gold mine in Yukon history.

In a statement, Victoria said that Fisch, a metallurgist that has been a member of the mining community for 44 years, has held senior positions with Corona Corporation’s Mascot Gold Mine, BHP Nevada’s Robinson project and Unimin Canada’s Blue Mountain project. He had previously been the general manager for Imperial Metals Corporation’s Mount Polley Mine and Red Chris Mine. Most recently, he was a member of the project design team for Coeur Mining’s Silvertip Expansion Project.

"I am extremely pleased to announce Tim’s appointment as VP & General Manager for the Eagle Gold Mine; and a key member of Victoria’s leadership team,” commented John McConnell, President and CEO of Victoria.

“Tim’s extensive background in process operations and his wealth of experience operating in the Pacific Northwest make him ideally suited to lead the operational team at Eagle.”

It covers an area of around 555 square kilometres and is the site of the company’s Eagle and Olive Gold Deposits.

The Eagle Gold Mine has year-round road access and personnel, who operate on a fly-in / fly-out work rotation and are accommodated in a 250-person all-season well-equipped camp. The mine is connected to the Yukon power grid, and a commercial airstrip used to transport personnel.

The mine employs approximately 500 people as well as numerous contractors and consultants which makes Victoria Gold a significant economic contributor to the local communities and the Yukon, Victoria Gold says.

Victoria added that operations at the Eagle Gold Mine have resumed, following the repair of an overland conveyor, which had temporarily halted ore crushing, conveying and stacking on the heap leach facility at the mine.

The 1.5-kilometre-long overland conveyor linked the crushing plant to the heap leach facility. It experienced a splice failure of the conveyor belt on September 29, 2022. During the belt replacement, mining, leaching and ADR plant activities continued, while crushing, conveying, and stacking operations were suspended.

The replacement of the overland conveyor belt has now been completed and the conveyor is currently operating, the company said.

In December 2019, a National Instrument 43-101 Technical Report was issued for the Eagle Gold Mine – since then the company has produced gold from the mine.

Based on the 2019 Eagle Technical Report and after adjusting for depletion through December 31, 2021, the Eagle and Olive deposits include Proven and Probable Reserves of 2.7 million ounces of gold from 133 million tonnes of ore with a grade of 0.64 grams of gold per tonne, the statement said.