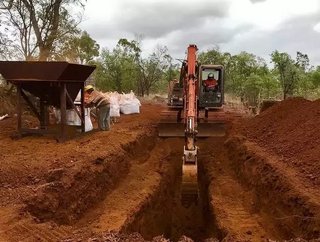 An Australian resource company, focused on production and supply of battery and technology metals to the global market, has entered into an off-take agr...

An Australian resource company, focused on production and supply of battery and technology metals to the global market, has entered into an off-take agreement with a Korean battery manufacturing technology supplier.

Australian Mines has entered an agreement with South Korean energy and telecommunications giant SK Innovation to sell nickel, cobalt and scandium produced at Queensland’s Sconi mine.

“The signing of the agreement with SK Innovation is a landmark occasion for Australian Mines and its shareholders,” said Benjamin Bell, Managing Director of Australian Mines.

“As the only Australian cobalt-nickel-scandium company to have secured an off-take for 100% of its expected cobalt and nickel output, the Company has, once again, demonstrated that the Sconi Project in northern Queensland is the most advanced project of its type in Australia, and that Australian Mines is unequivocally a leader in Australia’s cobalt sector.

The deal is subject to regulatory and shareholder approval, which also includes SK’s own validation of using Sconi-produced cobalt and nickel.

If the agreement is approved, SK will also help Australian Mines in its bankable feasibility study of the Sconi site. This study is looking at the possibility of trebling annual production volumes, and is due for completion in April.

The money raised from the share sale will be used to fund the development of the mine, specifically its initial construction phase.

Sconi is located around 250km west of Townsville, and is well-situated in terms of logistics links and labour.