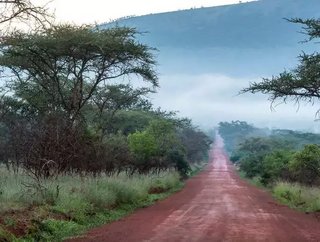 A new report has revealed that more than $750 million of mining revenues paid by companies to state bodies in the Democratic Republic of Congo, did not...

A new report has revealed that more than $750 million of mining revenues paid by companies to state bodies in the Democratic Republic of Congo, did not make it to the treasury.

The money was reported to have disappeared into a dysfunctional state-owned mining company and opaque national tax agencies, the report by Global Witness has found.

“There is no clarity on what this money was spent on or where it endued up,” the report says. “But at least some of the funds were distributed among corrupt networks,” that were linked to a presidential regime.

The report discloses information that positions one mining operator as a key factor in the disappearing money, coupled with Congo’s tax agencies keeping back a portion of mining revenues for their own funds, rather than transfer it to the treasury.

“Congo’s mining revenues should be helping to lift its people out of poverty, but instead huge sums are being siphoned away from the public purse and into unaccountable agencies headed up by people with ties to political elites,” said Pete Jones, Global Witness Senior Campaigner.

“If Congo is to avoid backsliding into conflict and chaos, real transparency and accountability is needed throughout the mining sector and in the tax agencies,” Jones said.

With commodity prices increasing and larger mining deals being signed, now more than ever agencies and companies tasked with gathering and transferring the money involved and ensuring it goes to where it is supposed to go have to create a more transparent process.

If this does not happen, then it is up to international mining companies, civil society and state auditors to encourage and pressure them to do so.

The Congolese Government must hold the offending mine operator accountable and ensure this company operates in a transparent way when handling the sale, investment and management of public assets.

The Ministry of Finance must lead by example and create a simplified tax system throughout Congo.

And the financial audit and investigation bodies should be strengthened and financed in order to combat this dire situation.

Congo’s parliament must undertake and publish an investigation into the finances and operations of the offending company and the tax agencies.

Parliament should also insist on transparency around revenues withheld by tax agencies, including detailed annual accounts of what withheld funds are spent on and annual operation expenses.