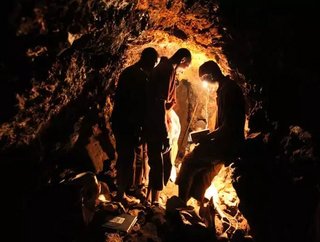 Endeavour Mining officially completes the acquisition of Anvel Gold, with the focus now turning to its flagship Mali gold mine. Endeavour will acquire...

Endeavour Mining officially completes the acquisition of Anvel Gold, with the focus now turning to its flagship Mali gold mine.

Endeavour will acquire 80% of the ownership of the Kalana Gold project in Mali and the company has confirmed that it will immediately begin optimisation work on the project in order to further advance the site.

This will include ceasing the current small-scale operations and clearing the underground workings and existing infrastructure to allow for the development of future open pits, as well as grant access to exploration.

The company will look to resume exploration activities on both the Kalana deposit and nearby targets including Kalanako, with the initial campaign expected to run until the end of 2018.

A major part of the acquisition will see Endeavour launch a Feasibility Study with the goal of increasing he current plant design capacity to lift the average annual production and shorten the mine life based on current reserves.

Under Anvel, the Kalana Gold project had an 18-year life of mine, with a projected total of 228 million tonnes to be mined over its entirety.

The Kalana Project is owned by Société d’Exploitation des Mines d’Or de Kalana, S.A. (“SOMIKA”). Avnel had an 80% equity interest in SOMIKA and the Malian Government holds a beneficial interest in the remaining 20%, which has anti-dilution and free-carry rights.