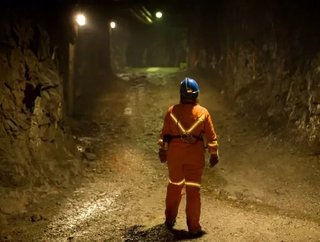 The mining industry is seriously struggling to create a more gender equal industry at executive and board level, a new report has found. The Pipeline h...

The mining industry is seriously struggling to create a more gender equal industry at executive and board level, a new report has found.

The Pipeline has released it's second annual Women Count 2017 report, which tracks and analyses the number of women on Executive Committees of FTSE 350 companies and it has revealed that the industry appears to have regressed when it comes to women in executive roles since 2016.

Only 16 percent of members on Executive Committees are women, the same percentage as 2016, showing no sign of progress. Also, more companies have no women on their Executive committees and have no women executives holding roles with profit and loss (P&L) responsibility than in 2016.

The report identifies three key areas in which mining companies are failing:

In light of the report, Mining Global reached out to Barbara Dischinger, Founder of International Women in Mining, to find out how IWiM can help companies bring do more for women at executive level.

"These are disappointing figures and show that a lot of work does need to be done to get women on mining company boards. There are many board-ready women out there. We have a women on mining boards project and are building a database of mining women to make all of this easier for companies.

We at IWiM can help put companies in touch with these women so that they have a wider pool to choose from in their recruitment process. They can contact us.

There’s a wealth of data showing that diverse boards have a greater return on equity and post a stronger financial performance. This is not about meeting quotas but about creating shareholder value and opening up your company to beneficial opportunities, as well as an issue of fairness and equality.

We need more women in the executive pipeline in the mining industry to make it easier for companies to recruit women to top roles. There are many hugely talented and capable women, we make sure to profile them every month, so that the thousands of women in mining around the world can see they are not alone.”