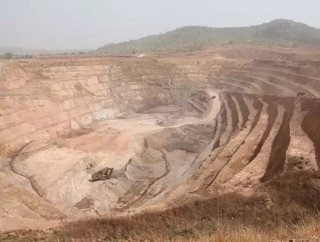 Nordgold completed a significant investment programme into the Lefa mine in Guinea. Capital expenditures in 2018, designed to both improve efficiencies...

Nordgold completed a significant investment programme into the Lefa mine in Guinea. Capital expenditures in 2018, designed to both improve efficiencies at Lefa while also extending its life of mine, increased to over $70mn from $48 million in 2017.

The internationally diversified gold producer acquired the Lefa mine in 2010. Since acquiring the mine, Nordgold has invested almost $1bn into the country thereby maintaining its position of one of Guinea’s largest gold producers. Lefa provides direct employment for almost 1,200 employees, as well as over 800 indirect jobs.

The Lefa mine has also invested significantly to improve the provision of local health and education services, including support in the fight against Ebola, as well as the creation of new medical facilities and some 40 schools.

In 2019, Nordgold plans to increase its extensive investment in Guinea by 15% year-on-year to approximately $80mn.

Nordgold set to invest over $360m in Lefa mine, Guinea

Alejandro Rodriguez, Acting General Manager of the Lefa Mine, commented: “We remain committed to Guinea and to driving performance at the Lefa mine. This intensive investment programme will put us in the best position to maximise the value of this major asset. Alongside the investment into equipment and facilities, we will also maintain our strong support of the local communities.

“The investment into staff development programmes, but also education and health facilities, will bring major benefits to the area. Lefa is an important asset, and Nordgold will continue to invest in exploration to extend its life of mine, and to sustain the current production level”.