Thor Mining to acquire US Lithium 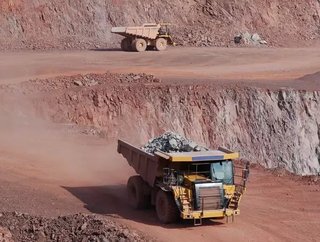 A exploration and development company, with significant tungsten and molybdenum projects in Northern Australia, continues its pursuit of acquiring a pri...

A exploration and development company, with significant tungsten and molybdenum projects in Northern Australia, continues its pursuit of acquiring a private Australian lithium explorer.

Thor Mining, an Australian based exploration and development company with two major tungsten and molybdenum projects in Northern Australia announced last month that it intended to acquire 25% of US Lithium Pty.

US Lithium has significant lithium projects in Arizona and New Mexico, which Thor Mining will use as part of its ambition to expand into North America and into the lithium sector, which will complement its tungsten interests in Nevada.

“The acquisition of lithium interests in the United States is particularly exciting for Thor. The lithium projects are well positioned geographically and offer, we believe, significant upside value potential should the work on the ground continue to demonstrate the type of success achieved to date.

As part of the deal, Thor Mining had also entered an agreement to explore the option of acquiring a further 75% of US Lithium, which the company is now acting upon.

Should Thor exercise its option, a current director of USL will join the Thor Board as a Non-Executive Director and Thor will utilise the existing in-country team including an experienced exploration geologist and project manager already based in the USA.

According to Proactive Investors, Thor representatives visited each of the Arizona project sites in late July to undertake site due diligence and meet with members of the USL ground operations team.