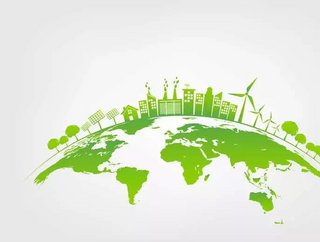 The UKTreasury has allocated funds to support electric cars and carbon-capture technology, adding a green theme to a budget that also set out $27bn($35...

The UK Treasury has allocated funds to support electric cars and carbon-capture technology, adding a green theme to a budget that also set out $27bn ($35 billion) for building roads.

Chancellor of the Exchequer Rishi Sunak said the measures were part of Britain’s commitment to rein in greenhouse gases and host the annual round of United Nations climate talks scheduled for November. They set out the latest steps to meet a goal of zeroing out carbon pollution by 2050, reports Bloomberg.

“There can be no lasting prosperity for our people, if we do not protect our planet,” Sunak said in a statement to Parliament in London on Wednesday. “The fourth part of our Plan for Prosperity, is: To create the high skill, high wage, low carbon jobs of the future.”

The measures for green industries include:

Companies that plan to work on CCS technology embraced the announcement, saying it would support jobs in northern England, especially at industrial clusters such as those around the Humber River.

“The Humber is the UK’s most carbon intensive region and home to 55,000 jobs in manufacturing and other industries,” said Will Gardiner, chief executive officer of Drax Group Plc. “Decarbonising the Humber would therefore have a major impact.”

The UK already has moved faster than most industrial nations in slashing greenhouse gas pollution and plans to close the last of its coal plants by the middle of this decade. That leaves the spotlight on industries like agriculture and transport where harmful emissions are harder to abate.

That included extending tax relief through the Climate Change Agreements program to help energy-intensive industries such as cement and steel to go green.

The green measures set out in the budget paled to what the Treasury plans for expanding roads and on reducing fuel duties. The government acknowledges road transport is responsible for 91% of emissions from domestic transport emissions, and about a fifth of overall U.K. emissions.

The road transport plan will expand and repair highways across the U.K. over the next five years. The Treasury said it’s the biggest-ever investment in the nation’s motorways and class-A roads.

There was also money for boosting electric vehicle charging infrastructure, which will ensure that drivers are never more than 30 miles from a rapid charging station. The budget also provided 532 million pounds for consumer incentives for ultra-low emission vehicles. It reduced taxes on zero emission vehicles.

Those green measures were accompanied by a freeze on fuel taxes and funding for miles of new roads.

Tax relief was abolished on so-called red diesel, which is normal fuel that is dyed for use mainly by farmers and construction companies. It’s responsible for almost 10% of pollution in cities. At the same time, the chancellor froze overall fuel duty for the 10th consecutive year.

“Far from ‘getting it done’ for climate and nature, the chancellor has completely missed the opportunity to address the climate emergency,” said Rebecca Newsom, the head of politics at the environmental group Greenpeace U.K. “The government must lead by example if it’s to have any leverage to encourage other countries to increase their ambition at the global climate summit this year.”

There was no word in the budget on a number of other energy issues necessary to ensure aging power stations will be replaced. Treasury documents didn’t mention critical decisions on if and how to replace the country’s nuclear reactors, which are due to close shortly.

Further decisions on energy and infrastructure are also expected in forthcoming documents later this year. The Treasury will publish two reviews this year on green issues, one on the economic costs and opportunities of reaching net-zero emissions and another by Professor Sir Partha Dasgupta into the economics of biodiversity.