Beny Steinmetz, Israeli billionaire and founder of BSGR, has filed a lawsuit against George Soros and Rio Tinto for billions of dollars. The move was sp...

Beny Steinmetz, Israeli billionaire and founder of BSGR, has filed a lawsuit against George Soros and Rio Tinto for billions of dollars. The move was spurred for the hope of retribution after he lost the rights to the Simandou project in Guinea, the most prized iron ore deposit in Africa. The 100-kilometer stretch of mountains in the West African jungle has more iron ore than any other undeveloped deposit in the world.

The suit was filed at the High Court in London, and the details are as of yet unknown. The assumption is, however, that Steinmetz believes that Rio, Soros and Global Witness banded together in a conspiracy to force Steinmetz out of the iron ore site.

The Simandou site could be at a standstill for years, as there are several ongoing lawsuits regarding the potential iron ore mine. For example, Vale, Brazilian mining giant also involved in the controversy, is suing BSGR, its former partner in acquiring the Simandou project. Also, last week, BSGR filed a case at the International Centre for Settlement of Investments Disputes in Washington against the government of Guinea.

To better understand what’s at stake and who’s involved, read on.

In April, the President of Guinea revoked Steinmetz’s right to half of Simandou (currently, the other half is licensed by Rio Tinto). An independent panel, supported by Global Witness, alleged that Steinmetz has originally won the rights through acts of corruption. This ruling led Conde to take the license.

This May, Rio filed a racketeering suit in New York based on events several years ago. The company claimed that Vale and BSGR, Steinmetz’s company worked together on a conspiracy of their own to oust Rio Tinto from the Simandou project.

President Conde was elected in 2010. One of the goals of his presidency was to stomp out corruption.

George Soros is an 83-year old investor. Although he is now known as a philanthropist and enemy of corruption, he was first known as the “man who broke the Bank of England,” after betting against the pound in 1992 and making $1 billion off of the venture.

Global Witness is partially funded by Open Society, and partially by the Alexander Soros Foundation, which is run by George Soros’s son.

Beny Steinmetz made his fortune in diamonds. His company, BSGR was awarded half of Simandou in 2008. Rio Tinto originally held the rights to the land, but had their licenses revoked. Rio Tinto was able to recover some of the rights by paying $700 million. 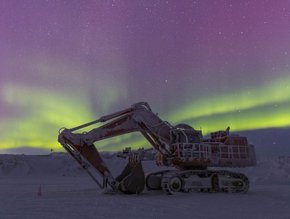 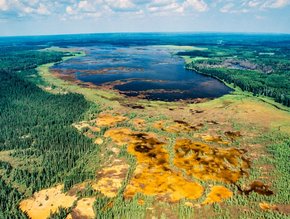 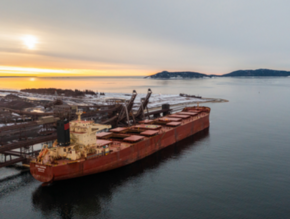