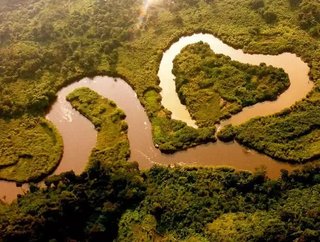 A mining company bidding to become the world’s premier tin producer looks set to produce its first conflict-free tin in as little as two years’ time...

A mining company bidding to become the world’s premier tin producer looks set to produce its first conflict-free tin in as little as two years’ time.

The project stands as the first large commercial tin mine in the eastern Democratic Republic of Congo, with the goal of producing responsible, developmental, conflict-free tin concentrate.

And in a recent site visit=, the company has revealed that it is on course to produce conflict-free tin as early as 2019.

“Alphamin has the best tin orebody in the world, in a commodity with solid future prospects, managed by an experienced team, supported by well capitalised investors, who are astute industry specialists, in an area with abundant resources that is poised for rapid economic growth,” explains Boris Kamstra, CEO of Alphamin.

Kamstra explains: “The Bisie tin deposit is one of the largest and most significant tin deposits in the world. Construction activities commenced in Q3 2017 and first production of tin in concentrate is anticipated in Q1 2019 while the mine is anticipated to reach steady state production towards end of 2019,”

Development of the industrial tin mine in North Kivu is on track and will Alphamin will produce on average 9 642 tonnes tin per annum.

“Tin is a strange commodity in many ways in that there are not many mines that can produce it,” he says.

“There’s quite a big artisanal production with very few smelters that can upgrade it and yet tin in minute quantities makes up things on your desk, cell phones, computers, cars etc. many of those are made by very large corporates, such as Apple or Microsoft for example.”