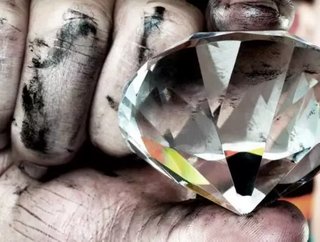 Mining giant Rio Tinto has announced that it will present a substantial gift to India, the gift of the Bunder diamond project. The project will be hande...

Mining giant Rio Tinto has announced that it will present a substantial gift to India, the gift of the Bunder diamond project. The project will be handed over to the Government of Madhya Pradesh following a comprehensive review.

Back in August 2016, Rio Tinto announced it would not proceed with the development of Bunder due to commercial considerations and would be seeking to close all project infrastructure. Under a Government of Madhya Pradesh order signed in January 2017, the Government will accept ownership and take on responsibility for the Bunder assets.

The inventory of assets and associated infrastructure handed over to the Government comprises all land, plant, equipment and vehicles at the Bunder project site. The inventory will also include diamond samples recovered during exploration. This approach will assist the Government to package the assets if it were to proceed with an auction process for the Bunder mineral rights.

Rio Tinto Copper & Diamonds chief executive Arnaud Soirat said “Our exit from Bunder is the latest example of Rio Tinto streamlining its asset portfolio. It simplifies our business, allowing us to focus on our world-class assets.

“We believe in the value and quality of the Bunder project and support its future development, and the best way to achieve that is to hand over the assets to the Government of Madhya Pradesh.

“Rio Tinto has long and enduring ties with India and we continue to see the nation as an important market for our metals and minerals and as a key hub for Rio Tinto’s business services.”

Rio Tinto remains committed to its Diamonds business and the Indian diamond industry through its world-class underground mines, the Argyle diamond mine in Australia and the Diavik diamond mine in Canada. Rio Tinto continues to enjoy a strong partnership with the Indian diamond industry, with more than 250,000 diamond cutters and polishers employed in processing Rio Tinto diamonds.

What is the Bunder diamond project?

Located 500 kilometres southeast of Delhi, the Bunder diamond projected is (until it is handed over to the Government of Madhya Pradesh) by Rio Tinto through Rio Tinto Exploration Limited.

The Bunder pipes were discovered way back in 2004, with a prospective licence being granted in 2006. Rio Tinto has been actively exploring diamonds in India since 2001, with the Bunder project being one of over 40 lamproites pipes and kimberlites discovered in India.

Following the prospective licence grant in 2006, Rio Tinto started an Order of Magnitude Study, which indicated the pipes being amenable to both open pit mining and diamond processing technology. Capital and operating costs were also estimated for a nominal production rate of five million tonnes per annum.