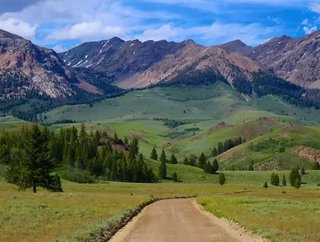 A development stage mining company, currently focused on the acquisition, exploration and development of mineral properties in the Americas, has acquire...

A development stage mining company, currently focused on the acquisition, exploration and development of mineral properties in the Americas, has acquired a 100% stake in a past producing gold-silver project in Canada.

Integra Resources has announced that it acquired a 100% stake in the Empire Group claims, which covers over 95% of the Florida Mountain gold-silver mining project.

The total value of the acquisition is around $1.6 million and Integra’s newly acquired interest is free of all royalties and other types of financial encumbrances.

George Salamis, President and CEO of Integra stated, “separated by only 8.5 kilometres, the addition of Florida Mountain to our DeLamar gold-silver Project is an excellent complement to our overall strategy of consolidating a highly prospective and under-explored gold-silver district in southwestern Idaho.”

“As with DeLamar, we view there to be significant untested potential for both low-grade and high-grade gold-silver mineralization at Florida Mountain, given the limited shallow drilling that has been conducted in the past. We are particularly impressed with the demonstrated strike-length of the vein systems at Florida Mountain, some of which are in excess of 2 kilometers long, with historically referenced vein depths in excess of 300 meters that are fully open to testing at depth. The records from this project highlight that historically some of the highest grades of gold and silver in the district were mined from Florida Mountain and we look forward to testing this concept in future exploration programs.”

Kirkland Lake Gold to sell Stawell Gold mine for $6.5 million

Under the terms of the agreement with the owner, Integra has acquired 36 patented mining claims totalling approximately 440 acres, covering approximately 95% of the surface expression of the past producing gold-silver project.

The Florida Mountain Project has a long history of mining activity and boasts both high grade and low-grade gold-silver.