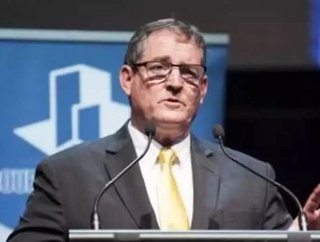 Born and bred in New Zealand, OceanaGold was originally founded in 1989 as Macraes Mining. Starting from a single mine, the mining company has developed into a significant multinational gold producer with a dynamic portfolio of operating, development, and exploration assets in New Zealand, the Philippines and most recently the United States.

In recent months, the mining firm has secured a string of key additions to build upon, including the purchase of Newmont Mining’s Waihi Gold Mine in New Zealand and the Haile Gold Mine in the U.S, and under the leadership of Wilkes, OceanaGold is poised for a breakthrough year in 2016 and beyond.

Today, OceanaGold controls and operates a portfolio of mines in the three largest goldfields in New Zealand, including the Macraes operation.

As OceanaGold’s pride and joy, the Macraes operation has been operating since 1990 and has produced over four million ounces of gold to date. The site is comprised of an open pit and an underground mine (Frasers Underground), commissioned in 2008.

“The project started out with a seven year mine life. It’s never been particularly profitable as it contains a very low grade, but through the tenacity of our workforce and their innovation, they’ve been able to keep the operation generating a positive cash flow,” said Wilkes.

According to Wilkes, Macraes has an estimated 4 million ounces of gold left in resources but it’s an “incremental process” that includes more exploration and a few more years. With the addition of the Frasers Underground mine, which is currently 740 meters below surface and 200 meters below sea level, including over 48 kilometers of developed tunnel drives, OceanaGold intends to continue tapping the asset—despite low gold prices.

“The vision at Macraes hasn’t changed but the strategy has. We needed to adapt to the changing economic environment, and when prices dropped in 2013, we were able to quickly adjust,” said Wilkes.

“At Frasers, we’re chasing the higher grade hanging walls where we know we can mine profitably. It’s a very efficient design and we continue to chase higher grades and zones at new depths.”

In the Philippines, OceanaGold owns and operates the high grade gold-copper mine, Didipio, located on the island of Luzon north of Manila. The operation is home to roughly 1,800 Filipino employees, with approximately 50 percent derived from local communities in the immediate vicinity of the mine.

According to Wilkes, OceanaGold actively recruits, hires and trains locals for the operation. “Our workforce at Dipidio is 99 percent Filipinos. We’re very proud of that 99 percent,” said Wilkes. “We’re putting a lot of effort to developing the workforce here. The same thing applies to our New Zealand and Macraes workforce, and future locations.”

The mine, which commenced production in 2013, is one of the lowest cost gold mines in the world, with negative All-In Sustaining Costs in its first full year of commercial operations.

“2015 was another good year, with cost in line,” said Wilkes. “Although the copper price was lower than expected last year, we do expect the copper price to come back strongly in the next couple of years.”

In October 2015, OceanaGold finalized the acquisition of the Waihi Gold Mine from Newmont Mining. The mine, which achieved record gold production in 2014, producing 3.5 million tons, represents a calculated move for the New Zealand company.

“The Waihi Operation represents a strong strategic fit with our existing business, and we are excited to welcome this high quality asset and its talented team into OceanaGold,” said Wilkes. “Our ambition is to be the gold producer of choice globally and our strategy to get there is invest in high quality assets.”

Waihi is comprised of two areas: the Martha Open Pit and associated underground mines, including the Correnso Underground mine, which is the current active operation at the site producing approximately 130,000 ounces of gold each year.

According to OceanaGold, Waihi has a combined open pit and underground Proved and Probable Reserves estimated as 1.52 Mt at 6.33 g/t Au and 24.0 g/t Ag containing 310 koz of gold and 1,173 koz of silver.

“We purchased Waihi with a three year mine life and we fully expect to extend that through exploration and permitting,” said Wilkes.

Another upside of the purchase is its location. The township of Waihi is situated near the east coast of the North Island within ninety minutes’ drive of the country’s major cities and provides easy access to employment.

“We start with a culture within the organization that looks for efficiencies and we have the right processes in place to drive that,” said Wilkes. “Fundamentally it’s the people and team that make it happen.

“It comes back to values. As a company, we have specific values including respect, integrity, teamwork, action and accountability. Those values are embedded in how we work and live with local communities,” said Wilkes. “So when we hire people, we’re looking for people that have those values.”

“We are looking forward to working with employees, contractors, and local stakeholders to add further value to this unique operation by extending the mine life and seeking out operational efficiencies,” said Wilkes.

In late 2015, OceanaGold made a chess move to purchase Romarco Minerals Inc. for $856 million. The deal gave OceanaGold rights to the Haile Gold Mine in Lancaster County, South Carolina, providing its first U.S. gold mine site and paving the way for growth in new territories.

“The merger with Romarco allowed us to move even lower on the cost curvethrough the development of the high quality Haile Gold Mine. It’s complementary to our portfolio.” said Wilkes. “With the addition of the Haile Gold Mine and the Waihi Gold Mine to our portfolio, we look forward to integrating both assets and their its experienced workforce into our business, in the process unlocking significant value.”

Leading the Charge at OceanaGold

With Wilkes and his management team at the helm, OceanaGold has established a track record for ethical environmental management and community and social engagement. The company prides itself on its strong social license to operate, and rigorously works with its stakeholders to identify--and invest--in new social programs, designed to “build capacity and not dependency.”

“Wherever we work, we invest in the well-being of our communities by supporting programs that improve health, education, infrastructure and capacity building,” Wilkes said.

For OceanaGold as a business, the focus is how to make operations safer through technology and innovation, while increasing productivity.

“Our leadership team embraces modern technology and we use it to drive innovative ideas in everything we do. Modern technology, like wireless communication for example, has greatly advanced in recent years and it’s created a stepchange in innovative technology,” said Wilkes. “You don’t have to invest tens of millions of dollar to make a big change.”

Wilkes’ overall strategy for moving forward is simple, he said.

“As I look back on the past five years, we’ve been successful because we get people aligned with our vision,” said Wilkes. “Through our success, we have to be mindful to stay humble and just keep putting one foot in front of the other. It’s all about big vision—small steps.”