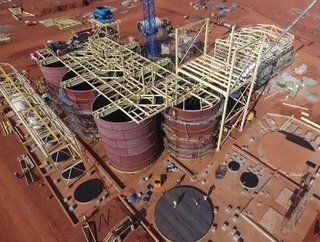 An emerging gold miner in Mali has officially entered into production, with the first gold set to be produced by the end of the year. Hummingbird Resou...

An emerging gold miner in Mali has officially entered into production, with the first gold set to be produced by the end of the year.

Hummingbird Resources, the West African gold explorer, announced on Tuesday this week that production had begun at its flagship Yanfolila Gold Project.

In its first year of production, Yanfolila is anticipated to produce 132,000oz of gold at a sustaining cost of $695/oz., making the project a significant high grade low cost operation.

Dan Betts, CEO of Hummingbird, commented: “Commencement of mining activities at Yanfolila is a significant milestone for Hummingbird as we continue to bring the Project closer to production by the end of this year.  Our contract mining partners, AMS, have mobilised a significant fleet to site and this commitment emphasises the momentum the Project has gained throughout the year.”

Construction of the process plant, which has on record a zero LTI, remains on time and on budget as it approaches a completed construction date in Q4 2017.

“As we enter the final months of construction we remain on time and budget for first gold by the end of 2017.  We will look to build on the current momentum as we ramp up to full scale mining and production.,” added Betts.

Hummingbird Resources: Singing to the tune of success

Yanfolila represents Hummingbird Resources’ ambition to become a major player not only in the Malian gold industry, but the global gold industry.

“The vision and strategy is to become a multi mine producer with a suite of assets from production development and exploration and that will be largely driven by the gold prices,” says Robert Monro, Head of Business Development, Hummingbird Resources in an exclusive interview with Mining Global Magazine.

“The goal is to become a significant gold company with multiple mines. 100 percent of our effort is on delivering Yanfolila on time and on budget, without delivering that, it’s all irrelevant.”