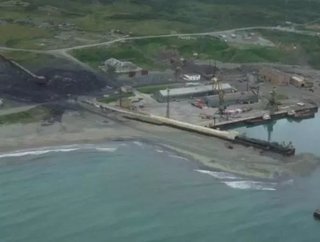 TRG plans to refurbish the site and increase its coal handling capacity from 700,000 tonnes per year to at least one million.

The port is a key logistical hub for the Nagornaya coal mine, with TRG taking exclusive ownership and management rights.  It will also greatly benefit the company’s plans for its Amaam North deposit and proposed Project F mine, enabling it to transport large quantities of coking coal.

Chief Executive Officer Craig Parry said that he was very pleased with the deal secured for Beringovsky, which would lay the foundation for key infrastructure for Amaam North, to the south. This project would involve the construction of a larger deep-water port at Arinay, 25 kilometres from the coking coal mine.

TRG believes that 464 million tonnes lies at the site, with potential to explore for between another 120 and 205 million tonnes. The lifespan of Amaam North is said to be around 20 years.

The port will give TRG a strategic advantage in the region, for few if any other coal companies have such access to their own dedicated port infrastructure. Importantly the port’s location on the Pacific Coast provides access for the shipment of coal directly into Asian markets.

During 2015 and 2016 TIG intends to undertake a general refurbishment of the port, which will include the purchase of new barges, construction of stockpile yards, and some small scale channel dredging.