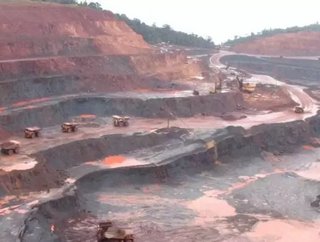 Brazilian mining company Vale NYSE:VALE) has obtained a preliminary environmental license to expand its Caraj&aacute;smine in the northern state of Para...

Brazilian mining company Vale NYSE:VALE) has obtained a preliminary environmental license to expand its Carajás mine in the northern state of Para, helping the company secure a larger portion of the iron ore market in Brazil.

The preliminary license gives Vale the right to begin preparation for the construction of the mine build-outs. The next step in the environmental licensing process is to secure the installation and operation licenses for actual construction, as well as the authorization for vegetation suppression.

"We are very pleased because the preliminary license to EIA Global represents an important step to delivering the production growth of iron ore and to reaching our goals, maintaining our commitment to act with transparency and respect the environment", said Vale CEO Murilo Ferreira.

The $20 billion expansion plan for Carajás is expected to start production in 2016 and reach full capacity by 2018. The mine is estimated to produce 90 million tons of iron ore a year, nearly a third of Vale’s existing annual output, at full capacity.

The Carajás Mining Complex consists of five open-pit mines: N4E, N4W, N5E, N5W and N5S and is the largest producer of iron ore in the world.

Last year Vale received a license from the EPA of Brazil to build a $19.5 billion railway expansion to its Serra Sul mine, which is part of the Carajás Mining Complex.

The expansion project is vital for Vale to stay ahead of Rio Tinto (LSE:RIO) and BHP Billiton (ASX:BHP)