Wolf Minerals and the Drakelands tungsten mine 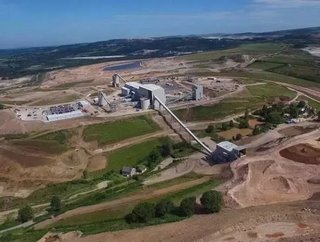 A &pound;130million tungsten mine in the UK has been given the keys to the future, following the extension of planning consent and permission to increas...

A £130million tungsten mine in the UK has been given the keys to the future, following the extension of planning consent and permission to increase production.

The Drakelands Mine project, owned by Wolf Minerals Limited, is now permitted to operate on-site crushing plant seven days a week as well as an increased planning permission until 2036 from its original expiration in 2021.

Construction of the Drakelands Mine began on site in March 2014 and was completed on schedule in June 2015, with deliveries to customers commencing in September 2015.

The Drakelands Mine is rated by the British Geological Survey as the world's fourth largest tungsten resource and it provides a secure supply of tungsten for a global customer base. A tin concentrate is also produced, generating additional revenue for Wolf.

Located near the village of Hemerdon in the United Kingdom, the Drakelands Mine is a world-class tungsten and tin mine, one of only two mines outside of China with production capacity greater than 3,000tpa tungsten concentrate.

The extraction of tungsten at Drakelands takes place through open pit mining, with the pit measuring 850m long by 450m wide and ultimately extending to a depth of 260 metres. The sides of the pit will be cut in benches to allow for safe working as the mine gets deeper.

Ore removed from the pit is stockpiled according to its mineralogical characteristics and grade in preparation for use in the processing plant.

Waste rock from the open pit is loaded by excavators onto dump trucks and driven on internal haul roads to the mine waste facility (MWF). The material being deposited in the waste facility is classified as non-hazardous.

The MWF is designed to be inherently stable. Its construction consists of a rockfill embankment progressively constructed from run-of-mine waste. Finer residues (tailings) are contained within this embankment and allowed to settle, with the excess water pumped back to the processing plant for recycling.

The Drakelands processing plant produces tungsten and tin concentrates. Ore is fed into the processing plant where it is crushed and ground to liberate the minerals from the rock, and then separated and upgraded using various gravity, heavy media, flotation and magnetic processes.

The processing plant will produce approximately 5,000t tungsten concentrate and 1,000t tin concentrate each year – equivalent to 1 truck a day exported to customers in Europe, USA and Asia.

Way of the Wolf

Wolf Minerals is an ASX (WLF) and AIM (WLFE) listed specialty metals producer from its operations at Drakelands, a major global tungsten mine  in the United Kingdom's Southwest.

The company  is led by an experienced management team of British and Australian mining professionals and more than 200 people are permanently employed on site.

Wolf is committed to displaying leadership in health, safety and sustainable development and is working proactively to manage its impact on the environment.

The November issue of Mining Global Magazine is live! 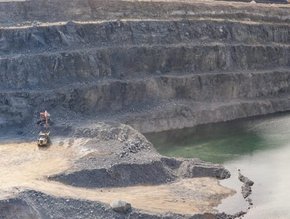