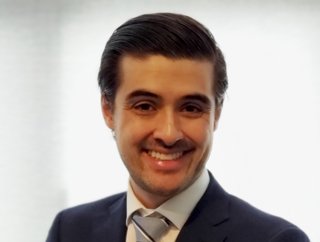 With Russia’s invasion of Ukraine, the race to remove commercial ties and impose sanctions with Russia, one of the world’s largest exporters of raw materials, continues.  Russia's metals and mining industry represents around 3%-5% of Russia's 2015 GDP and accounted for 16% of total Russian exports in 2015 (US$53bn).

As S&P Global reports, as stricter sanctions with Russian trade continue, global markets could be squeezed, with mining companies in geopolitically friendly countries getting a bump in price as industrial metal prices affected by the Ukrainian conflict, such as copper, push higher. Industrial metals include copper, zinc nickel and aluminium, and are used in a variety of commercial and industrial applications crucial to our green economy transition.

“Heightened volatility on the escalation of the conflict shows markets had not fully priced in the likelihood of deeper conflict,” said Mark Haefele, chief investment officer, UBS Global Wealth Management, on markets’ reaction to the invasion. “We expect continued volatility in the near term as leaders calibrate and announce their response to this escalation.”

Reuters reports that “mining companies with ties to Russian businesses are scrambling to sever them in the aftermath of Russia's invasion of Ukraine.”

The United States has banned Russian oil and gas, but as Washington, DC looks to expand sanctions, industrial metals that are vital to America’s green revolution including copper and nickel, may soon be blacklisted as legislators are seeking to revoke Russia’s most-favoured nation status, which would significantly increase duties on imports from Russia which includes many industrial metal products.

We all hope for a swift resolution to conflict in Ukraine; we must also realise that it is unlikely to return to “business as usual” for some time, if ever.  Sanctions will create lingering investment risk that will dissuade future investment for years or decades to come.

Today, Russia is the second largest exporter of refined copper in the world. While sanctions are not affecting copper exports directly right now and may not in the future, the broader question must be asked and answered; will companies be comfortable risking capital in the Russian market?

If not, how will mining operations continue and critical future developments be funded? These questions are not easy to answer, and may lead to sustained supply gaps in key commodities. For the copper sector, we are fortunate that this is a gap that is easily addressed as development is being pushed all around the world including many geopolitically friendly countries.

So, with international mining companies operating in Russia severing ties, and super power countries including the United States seeking to reduce or eliminate their mineral ties, what countries are rich with industrial metals and geopolitically friendly?

Chile, is a stable and mining-friendly country, is the top copper producer in world with 28% of global copper production and the world's second largest producer of lithium with a 22% share of world production. Peru produced about 2.2mn metric tons in 2020, and China, stands as the world’s third-largest copper producer.

Outside of Russia, major producers for zinc, vital to rechargeable batteries and electronic circuitry, are Indonesia the Philippines, and New Caledonia.

Aluminium plays a critical role in automobile energy efficiency with China the world’s leading exporter.  However, India, Canada and the United Arab Emirates are significant producers.

With the United States, Europe and China committed to the renewable energy transition and over 190 countries committed to the Paris agreement, there will be an immense global demand for industrial metals for decades.

Nearly every renewable energy system including electric vehicles, solar panels, grid level batteries, and carbon capture system, uses significant quantities of industrial metals. The events in Ukraine are having an immediate global impact and forcing a reorganisation of the World’s economic ties and trade flows.

Governments and investors alike must begin investigating and pursuing geopolitically friendly options to source  critical industrial metals required to enable our transition to a greener planet and future.

Nolan Peterson is President & CEO of World Copper, a Canadian resource company focused on the exploration and development of its copper porphyry projects in Escalones and Cristal in Chile and Zonia in Arizona.