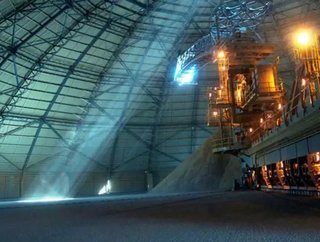 In a statement released today, AngloGold Ashanti has announced that its CEP Srinivasan Venkatakrishnan has resigned and accepted the offer to become CEO of Vedanta Resources.

The news comes after Venkat had spent 18 years with the company, the last five as CEO, with AngloGold already on the hunt for a replacement.

Having assumed the role of CEO in 2013, Venkat guided the company through a difficult commodity cycle which saw the gold price fall by almost a third.

He oversaw a 16% reduction in overhead expenditure, a one-third reduction in the company’s debt, the successful start-up of two new mining operations and saw a 26% increase in productivity over five years.

Venkat will officially step down in August this year, in which AngloGold is looking to have appointed a successor by that time.

Commenting on the search and AngloGold Ashanti’s strategy, Chairman Sipho Pityana said:  “I offer my heartfelt thanks to Venkat for his exceptional contribution over almost two decades, and in particular the last five years at the helm,”

“He has embedded a culture of consistency and accountability in the business, and has created the ability for the Company to thrive in a range of market conditions. But more than that, Venkat has led by example, always displaying the highest standard of ethical and empathetic leadership in creating the enabling atmosphere for our efforts to improve safety, environmental stewardship and the  overall sustainability of our business. He leaves behind a very strong foundation for us to take the Company forward. We wish him the very best in his new endeavour.”